R.I.’s Transition to Renewable Energy Must Be Swift and Just

Rhode Island, in 2018, consumed 8 billion kilowatt-hours of electricity, according to the most-recent data available from the Office of Energy Resources (OER). Of those hours, about a billion were generated emissions-free by renewable energy.

Methane (natural gas) generated most of that energy, with much of that electricity produced by Rhode Island’s six in-state power plants. Renewable energy accounted for 13%. To meet the mandates of last year’s Act on Climate legislation — and an executive order and bills (H7277 Sub A and S2583) calling for 100% renewable electricity by 2030 or by 2033 — the Ocean State is going to need a whole lot more wind, solar, and hydropower to meet its electricity demands and state law.

Rhode Island’s electric sector is responsible for 26.4% of the state’s climate emissions, according to the Department of Environmental Management’s (DEM) 2018 Greenhouse Gas Emissions Inventory. That percentage is second only to the transportation sector at 35%. Residential heating is responsible for 18.3% of the state’s carbon emissions, as about 30% of Rhode Island households use oil for their primary source for home heating, which is six times more than the U.S. average, according to the U.S. Energy Information Administration (EIA).

While incorporating more renewables into Rhode Island’s energy profile would reduce the state’s greenhouse gas emissions — as required by state mandate, should the state decide to effectively enforce this environmental law — and address the world’s climate crisis at a local level, it also provides an opportunity to create green jobs and make an equitable transition away from polluting fossil fuels.

A bill (H7755) introduced in early March and referred to the House Finance Committee would create a Governor’s Clean Energy Workforce Transition Commission to evaluate, plan, and coordinate efforts to “increase access to employment and training opportunities in clean energy industries and related fields.” It also features an environmental justice component.

The sponsors of the bill noted that creating an apprenticeship program could train people of color, low-wealth individuals, and people who live in marginalized neighborhoods to fill the jobs that will be needed to transform the state’s energy sector. It also would ensure fossil fuel workers are included in the transition to a green energy economy.

The bill defines environmental justice as “the fair treatment and meaningful involvement of all people regardless of race, color, national origin, English language proficiency, or income with respect to the development, implementation, and enforcement of environmental laws, regulations, and policies.”

During an April 26 House Committee on Finance hearing at the Statehouse, Rep. Susan Donovan, D-Bristol, said the commission’s primary responsibilities would be to recommend policies and to create education and training programs to enhance reemployment opportunities within the energy sector and increase opportunities for others. She noted the commission, which would be under the purview of the Department of Labor and Training, should be comprised of members who reflect those identified in the bill.

“This legislation would lay the groundwork for a just transition,” said Donovan, who introduced the bill.

“It’s really imperative that we enact policies such as this one to ensure we are not leaving anyone behind,” she said.

In written testimony submitted to the House Finance Committee, Pawtucket resident Timothy Riker, while in favor of the bill, said it is important also not to forget people with disabilities in this touted workforce transition.

“It’s wonderful that we’re talking about transitioning to a green economy,” said David Veliz, director of the Rhode Island Interfaith Coalition to Reduce Poverty and vice chair of the Rhode Island Sierra Club. “To these bills’ credit [the April 26 hearing included testimony on a number of bills related to environmental justice] they also make sure that we are talking about who gets these jobs, what communities are impacted … these bills make sure that communities of color and poor communities are at the table helping to make the decisions to implement the plan and sharing power, which for us is one of the foundations for environmental and social justice.”

The climate crisis is exacerbating health inequities and excessively harming the most vulnerable, including children, pregnant women, the elderly, tribal communities, and people with chronic illnesses and disabilities.

In the same way that global warming disproportionately impacts certain populations, energy is also a health-equity issue, as people with low incomes and people of color routinely bear the brunt of dirty fossil fuel-generated power.

To address the escalating climate emergency, a just and immediate transition from coal, methane, and oil to wind, solar, and other renewable energy is vital.

Energy equity requires equitable distribution of risks and hazards, as well as available and affordable energy sources, according to the American Public Health Association.

The Washington, D.C.-based nonprofit defines energy justice this way: “The principle that all people should have a reliable, safe and affordable source of energy; protection from a disproportionate share of costs or negative impacts or externalities associated with building, operating and maintaining electric power generation, transmission and distribution systems; and equitable distribution of and access to benefits from such systems. A global energy system that 1) fairly disseminates the costs and benefits of energy services and 2) contributes to more representative and impartial energy decisionmaking.”

Rhode Island, which hosts the first U.S. offshore wind facility, is investing in renewable energy, but much of the siting of these facilities, mostly ground-mounted solar arrays, is occurring on open space and not on already-bulldozed areas.

It’s not the best use of the state’s limited space, especially when it comes to mitigating climate change. But covering farmland and clear-cutting forestland instead of repurposing the state’s sea of asphalt, concrete, and roofs, which touches rural, suburban, and urban Rhode Island, is cheaper, so short-term profits trump long-term environmental health.

It is this kind of shortsighted thinking that created this dire situation — i.e., the devouring of nonhuman resources. What is needed now — besides energy-storage technology, power grid modernization, and robust energy-efficiency programs — is bold action and the political will to transition Rhode Island to a renewable energy-based economy that protects the natural world and human health.

During an April 20 online joint meeting of OER and DEM to discuss the Act on Climate law and Rhode Island energy use and production, most of the participants noted the importance of better siting renewable energy.

Kai Salem, the policy coordinator at the Green Energy Consumers Alliance, said offshore wind is the key to meeting Rhode Island’s decarbonizing mandates and goals. (Unlike the open-space stampede that has seen more than a thousand acres of green space lost to solar arrays, the five-turbine Block Island Wind Farm went through a strenuous approval process, as are the other offshore wind projects proposed for southern New England waters.)

She also noted the state needs to rebalance its solar-siting incentives for developed areas, such as solar carports and solar panels on schools, while it ramps up efforts to develop more offshore wind energy.

“There’s more we can do to encourage rooftop solar in Rhode Island,” Salem said. “It gets a lot of attention, because people see it all the time, but it’s not going to be as important a part of our clean electricity future as offshore wind.”

Andrew Morley, a member of Rhode Island Farmers for Climate Action, noted it is imperative that the state move to a carbon-free electricity sector as quickly, equitably, and cost-effectively as possible.

“What we’re recommending today that as a state we look at everything under our control to facilitate the deployment of rooftop solar,” the Little Compton farmer said. “At this point a certain amount of large-scale solar is necessary to achieve the carbon-free goal in a reasonable amount of time. However, I don’t think we are doing enough in Rhode Island to accelerate the deployment of solar in the built environment.”

Residents of South Providence and Washington Park have repeatedly said they would embrace the development of ground-mounted solar projects in their neighborhoods, instead of being constantly asked to host dumps, incinerators, and more fossil fuel infrastructure.

De La Cruz, who is also the senior director of government affairs for the Audubon Society of Rhode Island, spoke about the importance of working with all stakeholders when it comes to rebuilding Rhode Island’s energy sector to meet the challenges presented by the climate crisis.

“It really does need to be a comprehensive, intergraded approach when we’re thinking about how to execute and implement decarbonization strategies,” said De La Cruz, who would testify a week later at the House Finance Committee hearing. “I think it’s important that communities see the benefits of decarbonization and that they’re also part of that transition … ensuring that we’re clear in defining environmental justice communities and identifying them and then using that to address pollution in certain communities that are overburdened.” 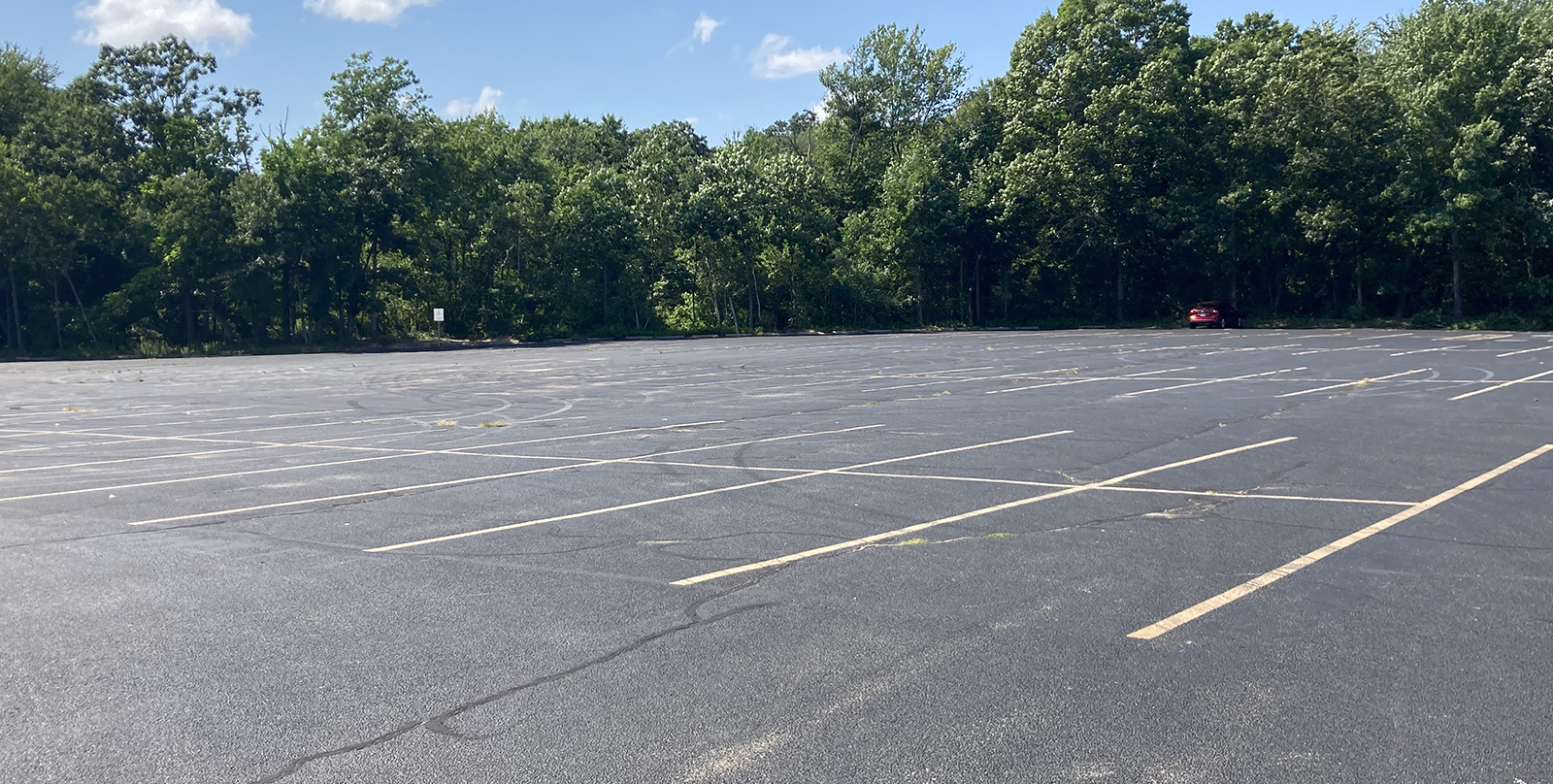