During the past decade thousands of people, most notably local children, have come together to honor a long-abused pond. (UPP Arts)

PROVIDENCE — Free food at the May 13 event may grab your attention, but the celebration of a decade of community activism and empowerment will win you over.

When the final Urban Pond Procession steps off at 5:30 p.m., it will signal the end to Holly Ewald’s relentless work and begin a new chapter for a long-forgotten-but-now-revived West End neighborhood.

The annual Urban Pond Procession has been UPP Arts’ signature event, and in its last iteration as “Stories of Mashapaug: Ecological, Historical, Indigenous and Industrial,” it will draw together the themes that have inspired the previous nine. The goal of the procession, and of UPP Arts as an organization, has been to interweave art, science and culture to celebrate and build community stewardship of Mashapaug Pond and the lower Pawtuxet River watershed.

During the past decade, UPP Arts has introduced thousands of students and residents to Mashapaug Pond via school and community-based workshops and projects. It has encouraged people to learn about Mashapaug Pond and its history, and to take on the role of citizen-conservationists, artists and cultural historians.

Over the years, the organization has worked with more than 60 local artists and educators, such as Wanda Hopkins, Anna Snyder, Walker Mettling, Marc Levitt, Dave Evans and Kate Lacouture, concerned neighbors and community activists. The Rhode Island Department of Environmental Management and the Brown University Superfund Research Program supported the work of UPP Arts.

Next month, Ewald, the organization’s founder and executive director, will begin working with an archivist to collect and organize UPP’s physical and digital archives, which include 70 oral histories of the neighborhood’s history, to be preserved, available to the public, and offered to Providence Public Library’s Rhode Island Collection.

The story told is both uplifting and heartbreaking.

No fishing
Mashapaug Pond is the centerpiece of the Reservoir Triangle neighborhood, basically one big brownfield dotted with homes and a high school. Legacy contaminants and polluted stormwater runoff from acres of impervious surfaces have turned the community’s urban pond into a toxic soup.

The pond is a regular on the state’s list of impaired waters, because of phosphorus, low dissolved oxygen, excess algal growth/chlorophyll a, and pathogens.

“A lot of people turned their backs on this place,” Ewald told ecoRI News during a recent interview at her office at Brown University’s John Nicholas Brown Center for Public Humanities. “People know about the pollution, so they turn their backs and ignore it.”

Not everyone, though. About 10 years ago, some concerned neighborhood residents witnessed people fishing in Mashapaug Pond. They were concerned those people were bringing their catch home to eat. Most were, and the tissue of those fish was loaded with highly toxic dioxins — which can cause cancer, reproductive and developmental problems and damage to the immune system — and polychlorinated biphenyls (PCBs), domestically manufactured from 1929 until their manufacturing was banned in 1979.

Fish from Mashapaug Pond are still unsafe to eat.

A decade ago Robert Vanderslice of the Rhode Island Department of Health asked Ewald for her artistic help in warning people not to eat the fish caught in the polluted pond. Colorful signs in multiple languages, including English and Spanish, were installed around the sick waterbody.

The idea for the Urban Pond Procession was born during the signs’ installation.

“We were making a ruckus putting up the signs, to get the attention of neighbors,” Ewald said. “That’s how the procession started.”

From its very beginnings, the annual event was designed as a celebration, not a protest. The final procession will be no different. Although it would be easy to be angry about the public-health threats and environmental degradation that have plagued the neighborhood for more than a century.

Legacy of pollution
The Gorham Manufacturing Co., on Mashapaug Pond, near Providence’s border with Cranston, began production in 1890. At its height, the 37-acre facility had 30 buildings and was one of the largest silver manufacturers in the world.

As a result of the various manufacturing processes used at the Gorham factory for nearly a century, much of the land and water on the Adelaide Avenue site were significantly contaminated. Chemical solvents, such as trichloroethylene and perchloroethylene, that were used to clean metal and machine parts in the factory seeped into the land and created underground pools. These chemicals are volatile organic compounds, meaning they can turn into a gas that people might breathe in. They also are known to be human carcinogens.

There’s little wonder then that area residents were upset by how quickly the city built Dr. Jorge Alvarez High School on top of dirt contaminated with industrial pollutants. In fact, the cleanup of the Gorham site was a complex situation fraught with controversy for years, intensifying in 2006 when the city hastily decided to build the public high school on the brownfield. The school opened long before the site was remediated.

That remediation included the dredging of the cove of Mashapaug Pond, which sits directly behind the high school. The cove had high levels of heavy metals such as lead and compounds such as dioxins and polycyclic aromatic hydrocarbons, making it unsafe to swim or come into direct contact with the water or soil at the bottom of a pond surrounded by pavement.

Concrete park
Across the pond from the former Gorham plant, is the Huntington Expressway Industrial Park — a 117-acre property decorated with warehouses, industry, concrete and asphalt that nearly 500 families — black and white, Italian and Polish — once called home.

“The Huntington Industrial Park was one of the first integrated neighborhoods in Providence,” Ewald said.

The neighborhood, however, changed dramatically in the early 1960s, when the Providence Redevelopment Authority bought the property, displaced those living there and adapted the land for commercial use. Factories involved in electrotyping and electroplating moved in. Toxic heavy metals and other nasty stuff began flowing into local waterways, most notably Mashapaug Pond.

Today, at least seven outfall pipes from the industrial park and its large collection of impervious surfaces drain stormwater runoff into the 77-acre pond. According to estimates, about 60 percent of the phosphorus pollution in the ponds at Roger Williams Park comes from Mashapaug Pond.

The concrete park’s 30 or so tenants, its paved roads, industrial infrastructure and lack of vegetation, besides rushing polluted rainwater into a polluted pond, also serves as one of the city’s largest heat islands.

After investing a decade of grinding work into the organization and its mission — “celebrating and building stewardship of our shared environment” — Ewald, who only drew a salary in one of those 10 years, said it was time for someone else to take the reins. That someone appears to be the reborn Reservoir Triangle Association.

“We had an impact,” said Ewald, a resident of Pawtuxet Village. “Ideally it’s better to have the community lead this work. We increased attention to the issues that we need covered. We’re trying to gift back what we created to the community: site-specific environmental learning.”

Editor’s note: The 10th (and final) Urban Pond Procession is scheduled for May 13 (rain date is May 14) from 5:30-9 p.m. Meet at the Mashapaug Pond Boathouse, behind the Ocean State Plaza at 361 Reservoir Ave. The 1-mile procession will stop at the Reservoir Avenue School, 156 Reservoir Ave., and then proceed to Mashapaug Cove behind Dr. Jorge Alvarez High School, 375 Adelaide Ave., for the finale. The event will feature the Eastern Medicine Singers, an Algonquin drum group, The Extraordinary Rendition Band, What Cheer Brigade and Big Nazo puppets, among others. Free and open to the public. 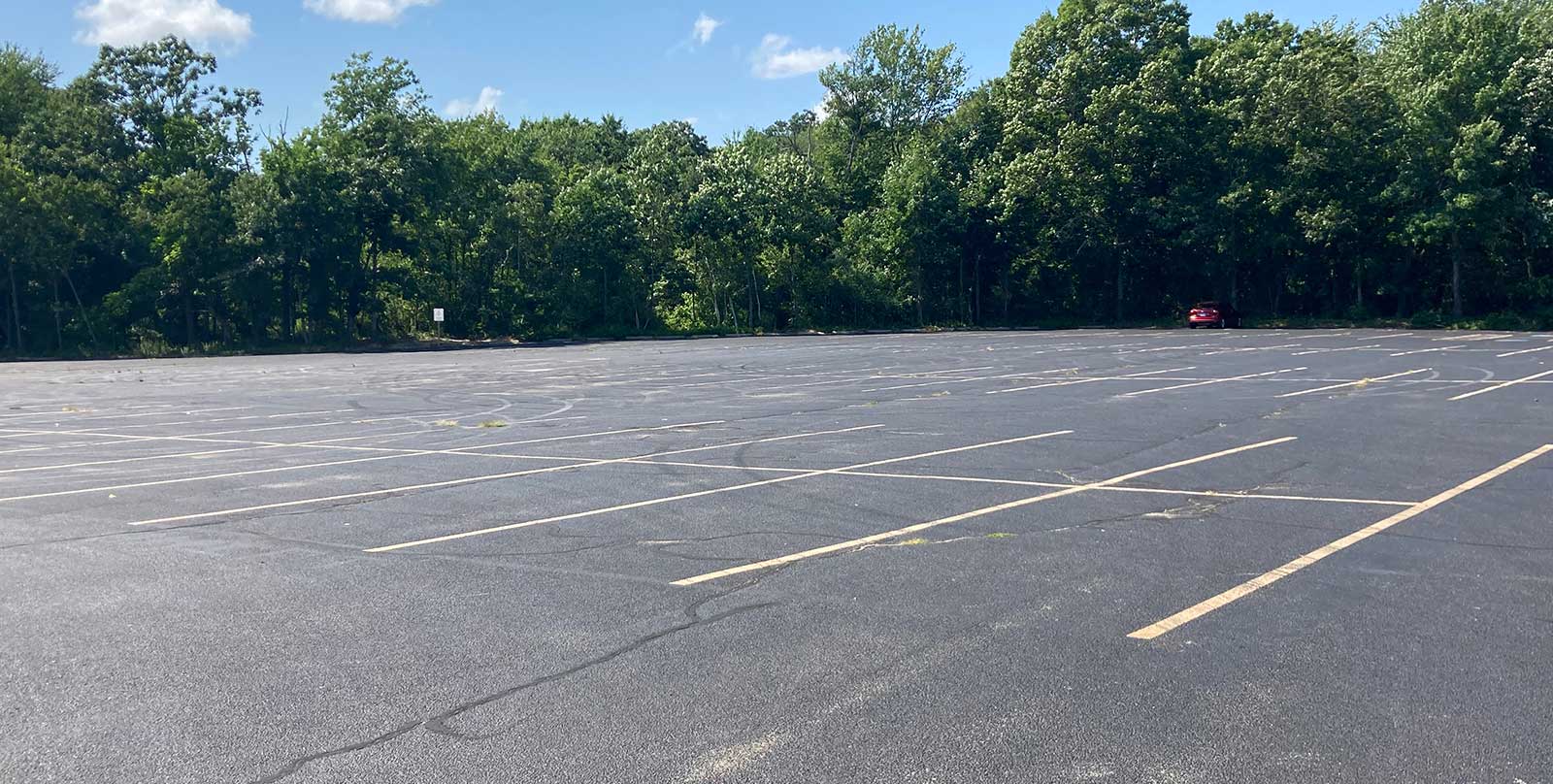