The 2022 session of the General Assembly is in the books. (Dana Goodman)

PROVIDENCE — State lawmakers wrapped up the 2022 General Assembly session last week, in what proved to be a particularly fruitful year for environmental legislation. Over the past few months legislators quietly passed a number of long-standing environmental priorities that before this year died an annual death from “held for further study” by one committee or another.

House Speaker Joseph Shekarchi, D-Warwick, called the session “the best year ever regarding environmental legislation,” citing the passage of the 100% renewable energy standard, an increase in offshore wind procurement, per- and polyfluoroalkyl substances (PFAs) legislation, and a ban on retail plastic bags.

This session was a far cry from the lonely wasteland of the Speaker Nicholas Mattiello years, when it was typical to see almost no environmental legislation pass. Aside from new leadership in the House, the Legislature also had a $900 million surplus, plus even more in federal COVID dollars, to play with, making it an easy year for all involved.

The final legislation H7277A/S2274A will increase the total amount of offsets year by year until reaching 100% in 2033. The state’s current standard is around 19%, and would increase an additional 1.5% annually until 2035 under the previous law.

“We’ve seen a 74 percent increase in green jobs since 2014, and that trend is going to continue as we deepen our commitment to renewables,” Ruggiero is quoted in a House press release.

Lawmakers also made aggressive legislative moves against PFAS and other “forever chemicals.” This group of chemicals is linked to cancer, hormone suppression, liver and thyroid problems, and other health impacts. H7233/S2298 require the Rhode Island Department of Health to establish maximum contaminant levels for PFAS in drinking, ground, and surface waters.

H7438/S2044 prohibit PFAS from being added intentionally in any amount to food packaging, such as fast-food wrappers, microwave popcorn bags, and takeout containers, in Rhode Island as of Jan. 1, 2024.

Rhode Island is set to expand its offshore wind capacity by 600 to 1,000 megawatts. At the request of Gov. Dan McKee, lawmakers introduced and passed H7971A/S2583B that require the state to issue a procurement order to Rhode Island Energy — formerly National Grid — by Oct. 15 of this year.

Lawmakers were torn on performance incentives granted in the final language. Rhode Island Energy under the legislation is eligible to receive an incentive payment of 1% of the contract amount, originally 2% in the Senate’s first version. Whether the utility gets the payment will be up to the Rhode Island Public Utilities Commission.

Another long-standing bill passed this session was a statewide single-use plastic bag ban, the kind used by retailers and for restaurant takeout. The Plastic Waste Reduction Act, H7065A/S2446, sets penalties for stores that do not provide recyclable bag options. Since the bill’s original introduction in 2013, 17 municipalities have passed local bans on single-use plastic bags, including Providence, Cranston, and Newport.

H8205/S2181A require any person owning or operating a dam with storage capacity greater than 1,400 normal storage acre-feet to obtain a permit from DEM to raise or lower the water level behind the dam. Senate sponsor Sen. Leonidas Raptakis, D-Coventry, is quoted in a House press release that the owners were “behaving like terrorists, taking drastic actions to manipulate water levels as a means of punishing residents.”

The Legislature also took steps to protect pollinators by approving restrictions on the use of certain pesticides. H7129/S2299 restricts the neonicotinoid class of pesticides, allowing only certified applicators to buy or use them outdoors.

The chemical impacts an insect’s central nervous system, inflicting paralysis and later death, with residue of the chemical accumulating in pollen and nectar of treated plants, posing a deadly risk to pollinators. The European Union has banned the use of all three major neonicotinoids on all field crops, and Maine, Massachusetts, Vermont, and Maryland have restricted their use.

Other bills passed by the Legislature include expanding Leadership in Energy and Environmental Design (LEED) standards on state-owned buildings, in the Green Buildings Act (H7278A); an expansion of DEM’s powers to contain and quarantine animal disease outbreaks in light of this year’s avian flu outbreak (H2751); and legislation creating an equity and environmental justice advisory board within the Executive Climate Change Coordinating Council (H7611A).

House leadership announced this month it would not consider the “advanced recycling” bill that narrowly passed the Senate. S2788A squeaked by its floor vote in an unusual 19-14 final vote by senators. The House version (H8089) was pulled by leadership. In a statement, Shekarchi and House Majority Leader Chris Blazejewski, D-Providence, cited “serious unresolved questions” about the bill from House members.

While the state’s environmental groups celebrated, they are also wary of the bill returning in future years.

Here are some of the failures
Two other bills regulating PFAS died in committee. H7436 would have banned the forever chemicals from clothing, carpeting, furniture, and firefighting form. H8133 would have created a task force to remove PFAS-laden turnout gear from fire departments.

Another high-profile piece of environmental legislation died before the legislative session even started. House and Senate sponsors were prepared to introduce legislation codifying the Transportation & Climate Initiative into law. The cap-and-trade program would have formed a compact with at least three other states or jurisdictions, generating millions annually in the state for renewable energy projects and electric vehicle infrastructure.

But two of the four remaining jurisdictions, Connecticut and Massachusetts, announced last fall they would not be passing the agreement because of rising gas prices across the country, leaving Rhode Island and the District of Columbia at the altar. The compact could come back in a future year, but with gas prices even higher than they were in the fall, it looks unlikely to come back anytime soon.

Bills that emerged from the Legislature’s two high-profile study commissions also went nowhere this session. Last year the General Assembly had two study commissions to report back by March of this year: one on studying the thorny legal and constitutional issues in lateral shoreline access; and one studying an overhaul of the Coastal Resources Management Council (CRMC).

The shoreline access study commission concluded its work quickly, producing a final bill (H8055A) that would have allowed residents to walk along the shoreline 6 feet landward from the identifiable seaweed, or wrack line. The legislation smoothly passed the House, but never received a committee hearing from the notoriously conservative Senate Judiciary Committee.

The CRMC study commission produced a small suite of bills aiming at putting its own short-term recommendations to use. The main thrust of the study commission was what to do about CRMC’s voting council, whose rash of unpredictable decision-making has centered the agency in a bevy of controversy. However, outright abolishing or defanging the powers of the 10-member council requires the heavy lift of federal approval from the National Oceanic and Atmospheric Administration (NOAA).

The legislation introduced late in the session would install term limits and qualifications on CRMC’s council members, require the agency to reevaluate its regulations — colloquially called the Red Book by agency staff — every five years, and mandate the agency hire full-time staff legal representation.

Also dead in the water this year were the bottle deposit bills. H7378/S2300. Both chamber’s versions of the bill would create a refundable 10-cent deposit for non-reusable beverage containers, with a 4-cent handling fee paid by distributors. Both bills were held for further study by committees in March.

Solar-siting legislation also remained stalled. H7531 was held for further study in April and never summoned for a committee vote. The bill would have prohibited net-metering projects in DEM’s conservation opportunity areas and encouraged them in preferred sites such as landfills, gravel pits, brownfields, parking lots, and other similarly already-developed sites.

Budget items
Several legislative priorities stalled in either chamber but later made it into the final state budget.

Last year the Legislature passed the Ocean State Climate Adaptation and Resilience (OSCAR) fund, but without the proposed funding mechanism of charging a nickel per barrel of oil or petroleum product imported into the state. A bill this session never made it out of the Senate, but lawmakers allocated one-time funding of $4 million into the fund.

Fare-free RIPTA was a high-profile bill that also died this year only to make an appearance in the final budget. Lawmakers chose instead to spend $2.5 million for a fare-free pilot program for the Rhode Island Public Transit Authority’s popular R-line, which goes from Pawtucket to Cranston via downtown Providence. The buses on the line will be all electric and the program is expected to start Sept 1.

But not everything got a dollar this year. The Executive Climate Change Coordinating Council (EC4), the state’s lead agency on making and executing plants to reduce greenhouse gas emissions, will go without funding for another year.

McKee originally “scooped” about $6 million from state energy-efficiency program funds to provide dedicated funding for the council, a move decried by state environmental groups. The final version of the budget passed by both chambers stripped the money out of the budget, without suggesting alternative funding for the EC4. It remains unfunded. 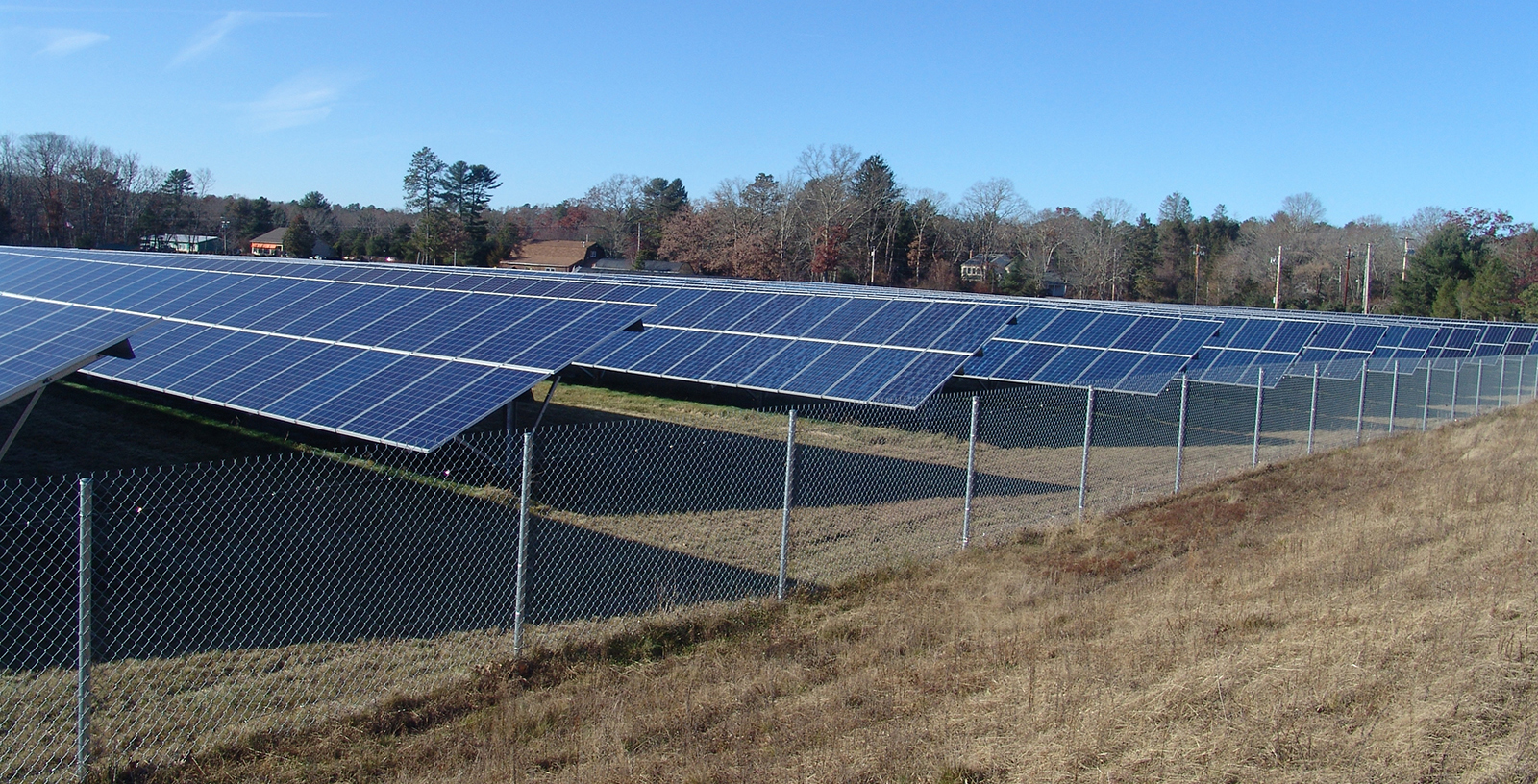 Government One New Member Named, Another Reappointed to CRMC