Development around the pond and its inability to be properly flushed has saddled Green Hill Pond with high levels of nitrogen and bacteria. (Courtesy photo)

Where the land meets the sea, and where South Kingstown brushes hands with Charlestown, a complicated salt pond makes its Rhode Island home.

Green Hill Pond is mostly closed off from the nearby Atlantic Ocean by a thin barrier beach, save for a small inlet between it and Ninigret Pond. It’s a beautiful, if somewhat tortured, pond with a number of problems stacked against it: high nitrogen and bacteria levels; a lack of adequate flushing; and flooding when storms push salt water over the beach to its south.

When Superstorm Sandy hit in 2012, a portion of the dunes were overtopped, and the pond’s water level rose 4 feet.

“That gets your attention,” said Dennis Bowman, president of the Friends of Green Hill Pond, a nonprofit dedicated to reviving the beleaguered waterbody.

But the pond’s history shows brighter days, when men and women of the sea would bring rakes, buckets and bags and dig through the mud for oysters and clams.

In a 1964 letter from U.S. Fish & Wildlife Service regional director Eugene Crawford to the Army Corps of Engineers, Crawford wrote, “A large annual oyster harvest is being taken from Green Hill Pond. About eight commercial oystermen work the pond and many persons harvest oysters for personal use. The harvest is valued at $6 to $7 per bushel. It is estimated that $30,000 to $40,000 worth of oysters have been taken from the pond annually during the past years.”

Today, no one harvests oysters from Green Hill Pond. No one has since the 1990s, because of high levels of nonpoint source pollution such as stormwater runoff that contains excess nitrogen from fertilizers. Bacteria from faulty septic systems and outdated cesspools also plays a role in the pond’s degradation.

The salt pond region of southern Rhode Island extends from Maschaug Pond in Westerly to Point Judith Pond in Narragansett and forms the natural boundary between Block Island Sound and a shallow freshwater aquifer. This watershed is so built up that important ecosystems are under relentless pressure.

In Charlestown, for instance, its three coastal salt ponds — Quonochontaug, Ninigret and Green Hill — are being negatively impacted by a high concentration of housing and development. It’s a problem up and down most of South County’s open-ocean shoreline.

“Green Hill Pond is unique among the salt ponds of Rhode Island in that it is the only one completely closed to shellfishing, and has been since 1994,” Bowman said. “In addition to that, it’s considered a Category 5 on the Rhode Island list of impaired waters, so it has problems beyond high bacteria.”

The Rhode Island Department of Environmental Management’s 2018-2020 list of impaired waters has Green Hill Pond as not supporting fish and wildlife habitat nor shellfish consumption because the pond is compromised by low oxygen levels and by fecal coliform bacteria.

But there is hope for the popular pond’s future.

Bowman and the other members of Friends of Green Hill Pond made it their mission four years ago to clean up their beloved waterbody.

“We didn’t see that situation changing … and we were determined the make a difference,” Bowman said. “We focus on projects to make significant improvements to Green Hill Pond. We don’t do programs; we focus on big projects that we believe will move the needle in terms of water quality and pond habitat, and a lot of our cumulative efforts have come to fruition this year with two major projects.”

These two major 2020 projects tackled the biggest issues the pond and the neighborhood face: poor water quality because of a lack of flushing and contaminated stormwater runoff and vulnerability to flooding during storms.

The first project was stormwater mitigation. The effort was the result of a partnership between Friends of Green Hill Pond and the town of South Kingstown. The project received a $100,000 grant from the Southeast New England Program of Restore America’s Estuaries. The grant will fund work to identify particular sites for slowing and abating stormwater runoff.

The other project is for dune restoration, which involves a partnership between Friends of Green Hill Pond and the University of Rhode Island. The effort was awarded a $129,191 grant from the National Fish and Wildlife Foundation’s National Coastal Resilience Fund. It’s expected to be completed by the end of November.

This project entails taking sand from highly shoaled areas of the pond to allow for adequate flushing and relocating it to the barrier beach. The work is designed to alleviate flood risk, improve water quality and protect wildlife, such as the area’s piping plovers.

“We were noodling on how to solve the flushing problem, and we were also nervous about the vulnerability of undeveloped barrier beach based on our Sandy experience, so we thought we need more sand over here, we need less sand here — why don’t we just move the sand from here to there,” Bowman said.

The group presented its idea to professors at the URI School of Oceanography, who were already interested in natural shoreline work as a method for addressing the issues that Green Hill Pond faces.

“Instead of the traditional way of building solid barriers … the idea of our project is to basically enhance nature,” Bowman said. “Nature is already telling us the dune profile that it likes.”

“Many coastline communities in the United States are facing an accelerating rate of erosion and flooding due to sea-level rise and the intensification of coastal storms,” Hashemi said. “The Green Hill Pond beach represents a typical barrier beach system where a natural dune protects the low-lying areas of the coastal zone.”

Comprehending the potential impact of storms on Green Hill Pond’s restored dune is one of the challenges the research team faces.

“Understanding and predicting the response of a beach, dune or a coastal protective structure to storms is challenging,” Hashemi said. “There is no way to predict the magnitude and frequency of storms over the lifetime of the project. We can examine historical data, but that may not accurately represent the future.”

For local residents and Friends of Green Hill Pond members like Mary-Gail Smith, these restoration efforts are an opportunity to make what is a beautiful pond cleaner and safer for those who love it.

“One of the things that is quite evident when you live in this area or you visit the Green Hill Pond area, is that the pond is gorgeous,” she said. “The people that are supporting our work want it to be as pristine as it is gorgeous.” 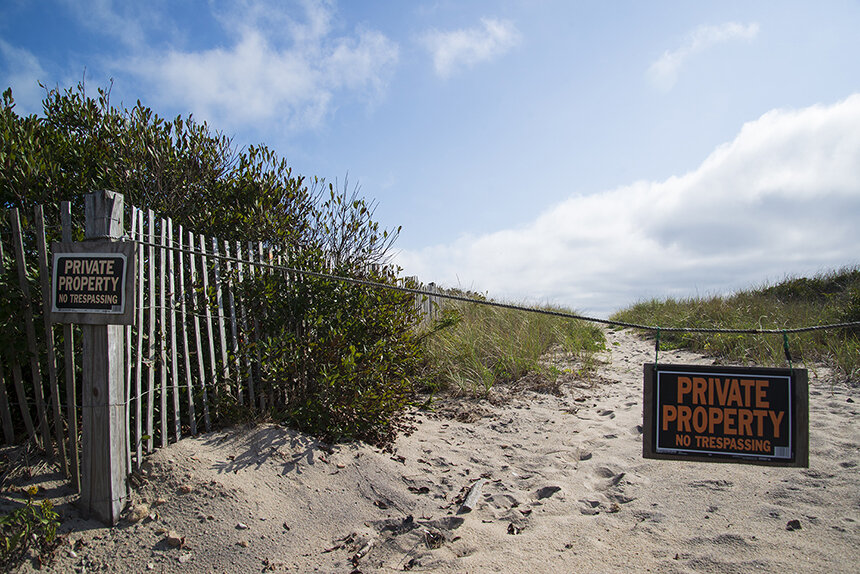 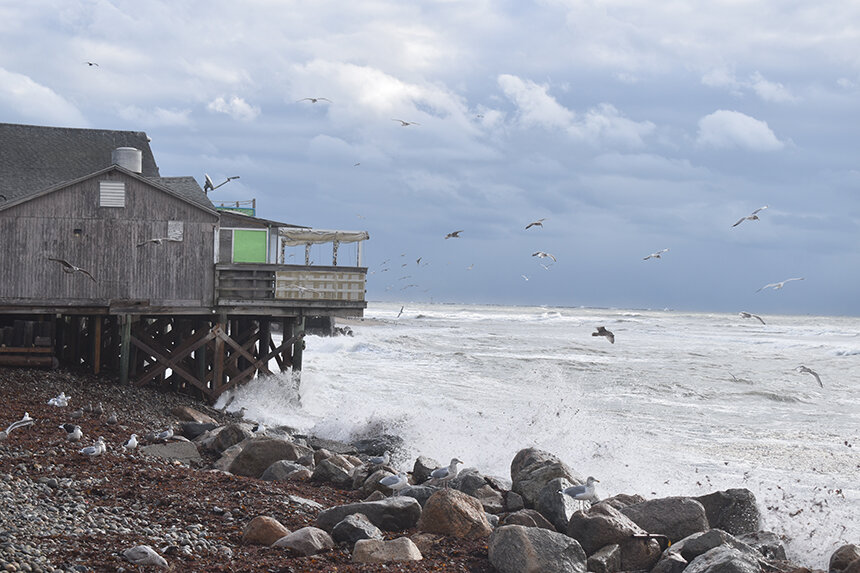