Metacomet Development Plan Delayed After Calls to Slow Down

EAST PROVIDENCE, R.I. — Two days before a second public hearing was to be held, the potential developer of the Metacomet Golf Club has delayed plans to request a zoning change for the 138-acre property.

In an Aug. 24 announcement, Marshall Properties Inc. requested a 60-day continuance because, “We feel it is best to take a thoughtful pause and come back to the council with a plan and proposed ordinance that more thoroughly addresses community questions and feedback related to the Metacomet zoning change.”

The Pawtucket-based developer explained that it’s taking the advice of residents — and perhaps the mayor — who asked for more time to study the proposal and consider alternatives.

“One thing that we heard that night is that the process was moving too fast,” the statement said, referring to an Aug. 11 pubic hearing at Martin Middle School. “As we have responded to community feedback throughout this process, we have respectfully requested a 60-day continuance of this matter to continue our dialogue with the community and further evaluate the feedback we heard during the first council meeting.”

The city later granted Marshall Properties’ request for the continuance.

The news comes as the city showed signs of uncertainty for the Metacomet redevelopment plan.

In an Aug. 19 online chat with residents, Mayor Bob DaSilva said he asked the City Council and Marshall Properties to postpone the hearing until the health pandemic subsides and the public can safely attend an in-person meeting.

DaSilva also suggested that Marshall Properties take more time to flesh out its proposal for building shops, townhouses, and office buildings, “to put the brake on this process. Slow down the process. Do some more research, come up with a better plan.”

DaSilva said he was frustrated by the technical glitches at the Aug. 11 hearing that prevented a number of people from commenting remotely via the online meeting platform. Most of those who spoke in person opposed the developer’s request to rezone the property from open space to commercial/residential and were against putting the project under the jurisdiction of the East Providence Waterfront Commission.

DaSilva wants the City Council to remove some of the authorized uses for the property that Marshall Properties is asking for. The developer has previously withdrew the option of building a hotel on the site.

The mayor called for a solution that is agreeable to all parties.

At its meeting on Aug. 18,  the Conservation Commission endorsed preserving the land as natural habitat. In a letter dated Aug. 19, the Conservation Commission urged the City Council to maintain the open space zoning. Commission members noted that if the property is rezoned for mixed-use development it recommends that “the proposed development is used for the maximum benefit of the community and that it is developed in character with the adjoining parcel and the neighborhood and is consistent with the city’s comprehensive plan.”

Marshall Properties said it still intends to go through with its plan to buy the property next month from a group of investors led by Rhode Island golf legend Brad Faxon.

“We look forward to reconvening with the council after the continuance as the new owners of the property,” according to the Marshall Properties’ statement.

To garner public support for its commercial and residential development proposal, Marshall Properties has offered to create a walking path and limit the number of curb cuts to reduce vehicle access to the property. The developer has also pledged to protect 51 acres as public open space, although 21 of those acres are beneath Watchemoket Cove.

The Conservation Commission said ownership of the cove and the land beneath it should be clarified before the City Council votes on Marshall Properties’ request for a zoning change.

“It is an issue of the submerged land conveyance that needs to be resolved before the City Council can move forward on any proposal … between the city and developer,” Conservation Commission member James Boyd said.

DaSilva also cleared up a few misconceptions related to the Metacomet Golf Club property. He and principal planner James Moran explained how Metacomet came to be included in a federal opportunity zone that affords tax breaks to wealthy investors. The area known as census tract 104, qualified as a low- to moderate-income neighborhood based on federal data collected between 2011 and 2015. The area, which includes 75 acres of undeveloped waterfront property, was recommended by the city then selected by Rhode Island Commerce Corporation and finally approved by the U.S. Department of Treasury.

“It all predates the development at Metacomet,” Moran said.

To prove “there was no backroom deal,” they referred to a prospectus created by the planning department, East Providence Chamber of Commerce and the Waterfront Commission that lists Metacomet as a recreational asset rather than investment opportunity.

DaSilve confirmed that the City Council has the final say on Marshall Properties’ request to rezone the property. He said the city was removing Keep Metacomet Green signs, but only those affixed to utility poles or placed on public property. The signs, he said, like others placed illegally, are unsightly and make the city look rundown.

DaSilva also revealed that shortly after he took office in 2018 and learned of the golf club’s financial troubles, he floated a plan to have the city buy the property and use it for a new high school. He envisioned new playing fields that could connect with Pierce Memorial Field, which abuts the golf course and hosts the high school’s stadium.

He soon learned, however, that changing locations might jeopardize previously approved financing for the high school. 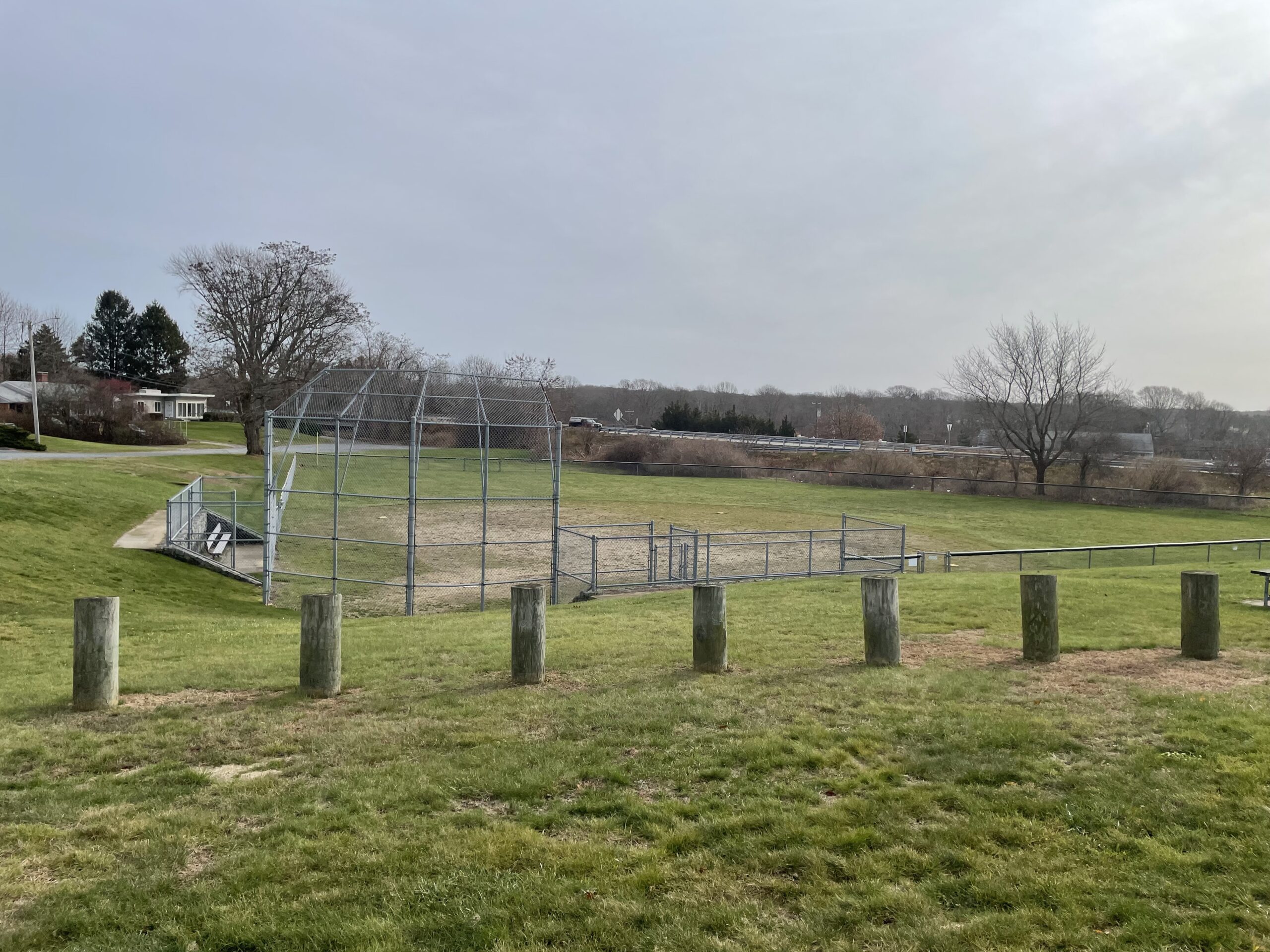