Sandy Point Beach in Portsmouth, R.I., has been closed to swimming on two occasions this summer because of high bacteria counts in the Sakonnet River. (Frank Carini/ecoRI News)

AQUIDNECK ISLAND, R.I. — The ponds, rivers, brooks, and streams that supply the Newport Water Division and its nearly 15,000 service connections with drinking water and the island’s popular beaches are relentlessly stressed by contaminated stormwater runoff. The problem isn’t going away.

Ongoing projects of various shapes, sizes, and costs — from removing asphalt and installing rain gardens to upgraded water-treatment facilities and a $6 million ultraviolet treatment plant — have helped and are helping to lessen the impact of polluted water rushing off Aquidneck Island’s roads, roofs, parking lots, and lawns.

But in the 20 years since Rhode Island’s list of impaired waters was first published, the same local water bodies are routinely listed and beach closures remain a part of the island’s summer adventures.

The state’s most recent impaired waters report, released in March, again notes that Bailey Brook, Maidford River, and Paradise Brook, all tributaries to Newport Water reservoirs, have impairments caused by phosphorus and/or turbidity, and “are sources of nutrients to the drinking water supply reservoirs.”

In fact, seven of the nine water bodies listed in the report as high priorities for total maximum daily load (TMDL) development are on Aquidneck Island. All nine are sources for the island’s public drinking-water supply. All nine are contaminated. TMDL is a regulatory term in the Clean Water Act, describing a plan for restoring impaired waters that identifies the maximum amount of a pollutant that a body of water can receive while still meeting water-quality standards.

Aquidneck Island’s stormwater runoff is polluted by phosphorus- and nitrogen-containing fertilizers used in agricultural operations and on golf courses and lawns. Stormwater — also called nonpoint source pollution because it comes from a variety of culprits — includes human and animal contaminants, oil, grease, and other sediment from streets and parking lots, bacteria from pet and wildlife waste, litter, and anything else that washes into storm drains.

Stormwater also causes combined sewer overflows (CSO), when a sewer system gets overwhelmed by stormwater during heavy rains and is forced to discharge untreated sewage, along with stormwater, into local waters, such as Narragansett Bay.

The city’s CSO problem is aggravated by illegal hookups of catch basins, roof drains, and sump pumps that are connected to the sewer system rather than a storm-drain system or allowed to discharge into the ground.

The Environmental Protection Agency (EPA) in 1994 established the Combined Sewage Overflow Control Policy to expedite compliance with the requirements of the Clean Water Act.

The island’s three municipalities — Newport, Middletown and Portsmouth — have violated the Clean Water Act and the state version of the federal statutes. They are hardly alone, which is why the Rhode Island Department of Environmental Management (DEM) and the EPA have set standards that limit CSO discharges into Narragansett Bay.

In Portsmouth, a 2014 agreement between the town and DEM required all property owners to have their septic systems inspected. Systems that failed had to be replaced. Cesspools have to be replaced by 2025, and those within 50 feet of a storm drain must be gone by 2020.

The poor quality of this raw water has created challenges in providing drinking water that meets federal and state standards on a reliable basis. Among the measures taken to keep ahead of the problem was the construction of new treatment facilities in 2014. But the quality of the untreated water that necessitated these expensive improvements hasn’t changed, according to DEM.

The state agency has noted that the nine reservoirs are nutrient-enriched and experience frequent algal and cyanobacteria blooms, “which impact the reservoirs’ use for drinking water purposes and their ecosystem health.”

The most recent report, for 2016, notes that Bailey Brook doesn’t support fish and wildlife habitat because of lead and phosphorous contamination, and recreation contact isn’t advised because of the presence of enterococcus, a type of bacteria found in the intestines of warm-blooded animals that indicates the presence of raw sewage.

The Bailey Brook watershed, which feeds North and South Easton ponds, features about 20 percent commercial land use. As a result, this area produces heavy loads of contaminated runoff.

The Maidford River also doesn’t support fish and wildlife habitat because of lead and phosphorous contamination and turbidity, according to the 2016 report released in March. The presence of fecal coliform makes the river unsafe for recreational activities.

Beach closures
The discharge of raw sewage into Narragansett Bay during CSO events and polluted stormwater runoff adversely impact some of Aquidneck Island’s most important economic features: its beaches.

On June 7 2006, after heavy rains, Atlantic Beach in Middletown and Easton’s Beach in Newport were closed after both beaches were found to have 24,192 cfu per 100 milliliters. The beaches remained closed for four days.

The $6 million Easton Beach UV Stormwater Disinfection System, across Memorial Boulevard from the adjacent beaches, began operating in May 2011. The treatment has dramatically reduced the number of days Atlantic Beach and Easton’s Beach have been closed to swimming.

Two of those beaches, Peabody’s Beach and Third Beach, were among the 14 marine beaches on Narragansett Bay classified as “High Concern” last year in a report done by the Narragansett Bay Estuary Program.

Impervious surfaces
The sources for Newport Water and the island’s popular beaches are in highly developed watersheds that feature roads, rooftops, parking lots, concrete, and other impervious surfaces that prevent water from seeping into the ground and recharging groundwater levels and instead rush pollutants into local waterways.

To help address this flow of contaminated runoff, Newport Water has bought some 350 acres of conservation easements that serve as natural buffers in protecting the system’s nine surface reservoirs. But with impervious surfaces covering 30 percent of Newport, 18 percent of Middletown, and 13 percent of Portsmouth, the island’s dwindling collection of natural buffers is under siege.

When impervious surface coverage surpasses 10 percent, the impacts of stormwater runoff on pollution and flooding begin to increase. When this coverage eclipses 25 percent, water-quality impacts can be so severe that it may not be possible to restore water quality to preexisting conditions, according to a 2010 DEM report.

Nearly 50 percent of the total area of Aquidneck Island (28,605 acres) could be considered already disturbed by residential, commercial, and industrial development, infrastructure, and other manmade stuff.

Island remedies
Besides expensive upgrades to water-treatment facilities or building multimillion-dollar UV systems, there are many things municipal government, local businesses, and Aquidneck Island residents can do to limit pollution from stormwater runoff.

In fact, many runoff remedies, big and small, have already been put into practice in Newport, Middletown, and Portsmouth. Here is a look at what can be done, courtesy of the Rhode Island Department of Health, the University of Rhode Island Cooperative Extension’s NEMO program, and Newport Water:

Homeowners: Maintain wooded buffers or restore natural vegetation along wetlands or waterways that run through your property; reduce fertilizer and pesticide use; limit watering; have your septic system regularly inspected and maintained; install rain barrels to collect rainwater from your gutters.

Businesses: Adhere to all laws, regulations, and recommended practices for hazardous waste management, above and underground storage tanks, and wastewater discharges. 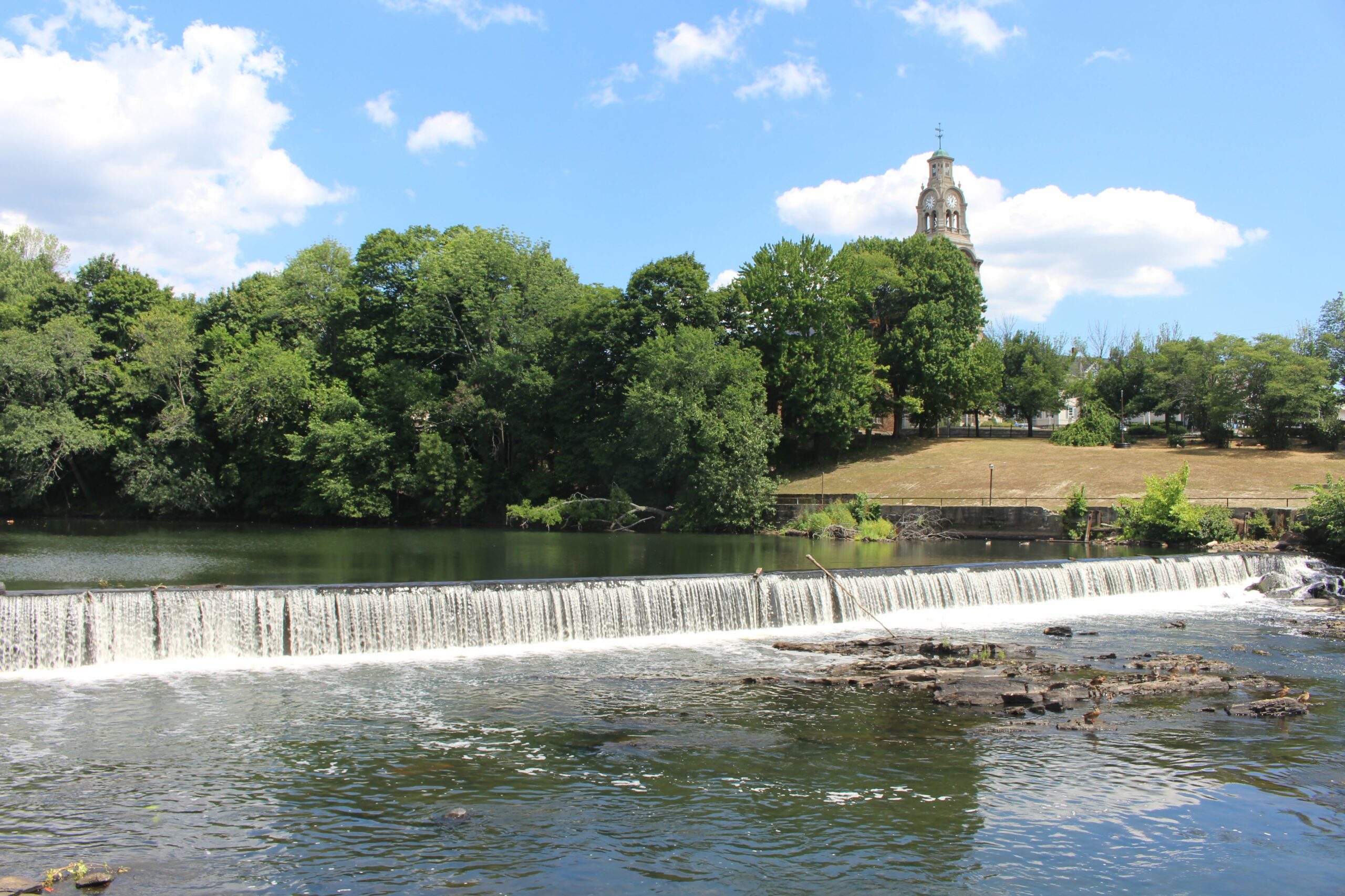 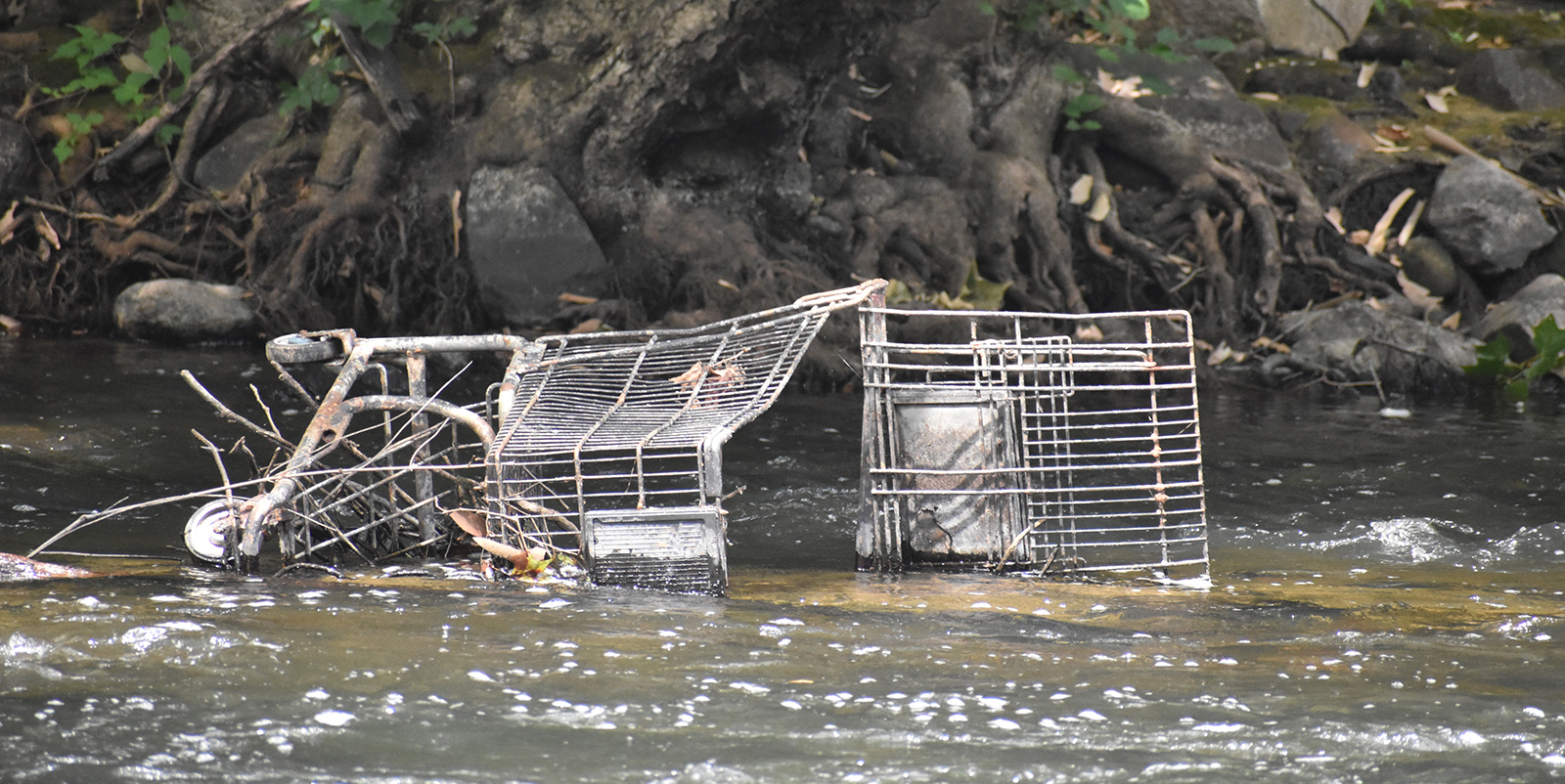 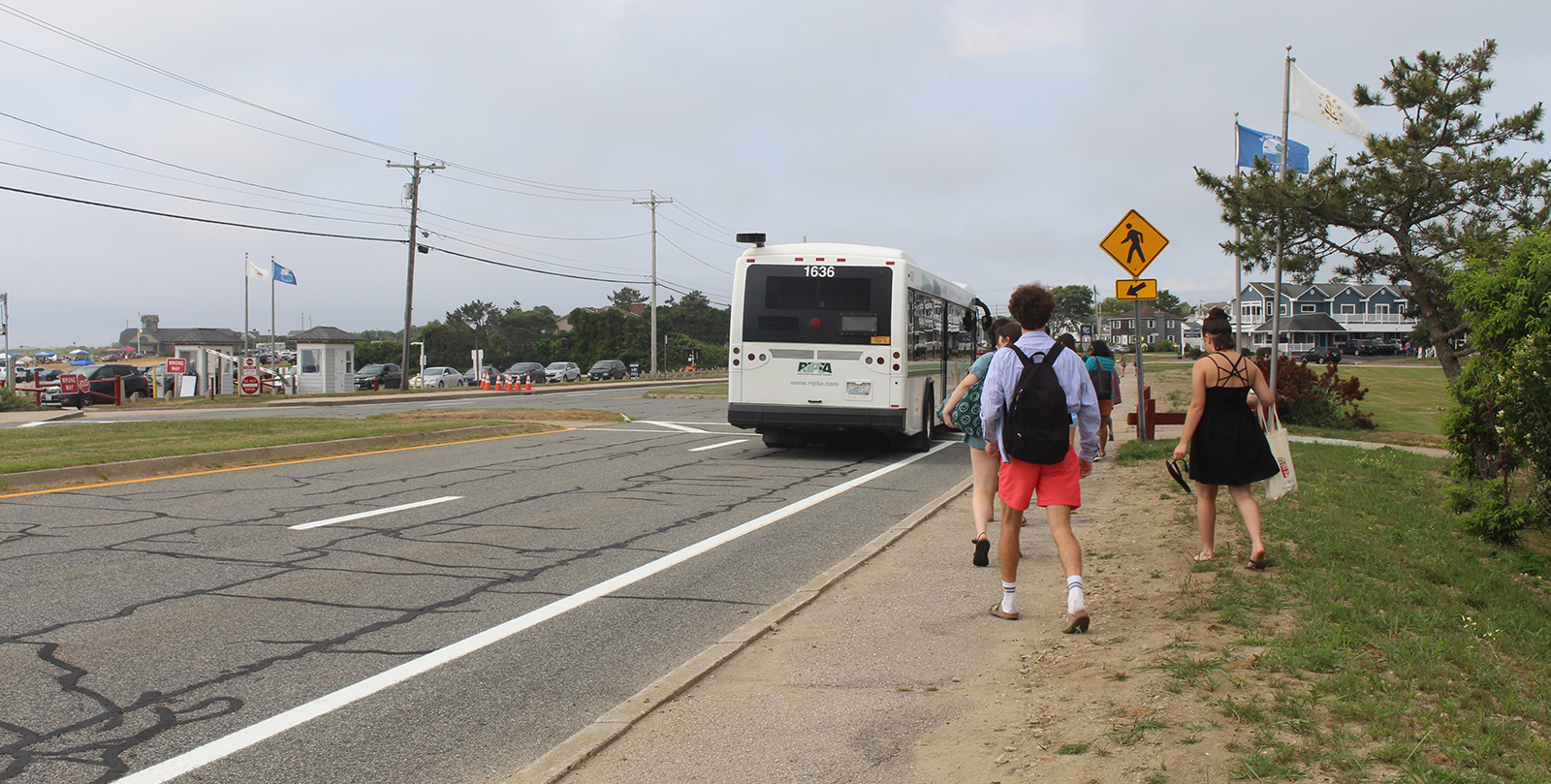