Climate Planning: The Heat Is On

Plenty of plans, studies and assessments address warmer and wetter weather in southern New England, but is the region truly prepared to help the most vulnerable among us?

Ozone, fine particulate matter, pollen and mold all influence air quality, and all are made worse by rising temperatures. Two groups considered especially vulnerable are children and the elderly. Children are more susceptible to poor air quality because their bodies are still developing. (RIDOH)

Climate-change reports in Rhode Island and Massachusetts address most of the essential health topics. But there is a significant difference in how the states are implementing changes and addressing inadequacies.

Massachusetts health departments are being asked to emphasize education, emergency preparation and management, and public outreach.

Aside from emergency-management preparations, “There is a significant disconnect between what public health officials know about the health threats associated with climate change, and what the public knows,” according to a 2011 report by the Massachusetts Executive Office of Environment and Energy and Adaptation Advisory Committee.

A 2014 survey of municipal health department heads across Massachusetts revealed a startling lack of attention to the changing climate. Consider: 60 percent expected climate impacts; 69 percent said preparation to address the health effects wasn’t a priority; 21 percent said they have the resources to address the health issues of climate change; 62 percent said they didn’t have the expertise and would require staff and funds to address climate change; 75 percent said climate change wasn’t a top-10 priority; 50 could identify their elderly population; 80 percent weren’t aware of how many residents have illnesses, although the data was available; 70 percent had a plan to reach out to vulnerable populations but lacked information on many at-risk groups; half said their communities have resources to address heat waves.

Southeastern Massachusetts performed the worst in the survey. Only 8 percent of health departments believed their communities were ready for climate-change impacts. Thirteen percent said staff had the expertise.

A 2014 assessment of climate-change preparedness reached a similar conclusion “that most local health departments felt unprepared, under-resourced and that they lack expertise to address various health issues posed by climate variability.”

Multiple requests for an update on these conclusions from the Massachusetts Department of Public Health went unanswered.

The agency will be holding a symposium for planners and emergency professionals on preparing for climate health effects at the municipal level April 22 in Westborough, Mass.

Progress is slow
In Rhode Island, a 2015 state climate-change report identified health issues facing the poor, elderly, immigrants and non-English speaking populations. The document serves as a guide for the next 70 years, and offers best practices and case studies of solutions being used in cities outside the state. Some of these ideas are being put to practice, albeit slowly.

A study by the Rhode Island Department of Health (DOH) and Brown University corresponded with a national pattern showing that emergency-room visits spiked with higher temperatures. The elderly and young suffered the most. Health-care needs are also expected to increase as the number of hot days increases.

This research partnership is now studying the role of heat on social and geographic groups in the state. The results will be compared with similar studies being done in Massachusetts, Maine and New Hampshire.

Health officials believe the health impacts of hotter days and heat waves, such as heat-related deaths, can be minimized with preparation and good public-information campaigns.

“Lack of preparedness in addressing the dangers of heat can lead to disastrous consequences,” according to the study.

While Massachusetts is able to work with local health departments on adaptation strategies, Rhode Island must oversee efforts directly with cities and towns; there are few municipal health boards in the Ocean State. Engaging municipalities is a big priority, and finding funds to do is difficult. Most Rhode Island initiatives must be funded by federal grants and other outside sources.

“It’s a really big task,” Gold said. “We need to figure out how to provide cities and towns additional resources to plan for climate change.”

She believes Rhode Island’s small size is an asset. “We’re lucky we have a close-knit community working on these issues and how to change and adapt for the changes we are seeing,” Gold said.

A lack of trees and vegetation, a prevalence of pavement and other heat-absorbing, manmade structures contribute to the higher temperatures, all of which heighten the heat-island effect. Heat generated from black roofs, vehicles, homes, power plants and factories also contributes to the problem.

Muggy, with a chance of rain
Heat and air pollution are major concerns in minority and low socioeconomic communities, as housing often lacks insulation, air conditioning and adequate ventilation. In addition to power outages, heat worsens air quality and increases illness and mortality among the elderly and people suffering from respiratory and cardiovascular ailments.

Gold works closely with the Rhode Island Executive Climate Change Coordinating Council to establish broad solutions to climate-related health issues. The focus, she said, is on the health problems the state is already seeing, “because the strategies of today will help with the future.”

So far, her office has established an internal advisory board to help with strategic planning. Goals include state and regional collaboration with agencies such as the Division of Elderly Affairs, and municipal groups like park departments. The University of Rhode Island is a partner on monitoring water quality through its Watershed Watch program.

More data is needed about impacts on food systems and water quality. “So much of it stems from the science,” Gold said. “It’s really complicated.”

Gold also is developing a heat response team with the Rhode Island Emergency Management Agency. Groups are studying extreme cold, impacts on medical institutions and mental health plans, all of which are intended to send fewer people to emergency rooms.

She said there is a lot of uncertainty with preparing for climate change, “but we know things are changing. We can start planning for these types of climate changes but we don’t know what they look like, but we can prepare for them.”

On an island
A partnership between Brown University’s TRI Lab-Climate Change and the Environmental Justice League of Rhode Island focuses on improving responses to the heat-island effect and planning for threatening weather and power outages in three Providence neighborhoods.

Neighborhoods will be identified for their susceptibility to heat-related illnesses. Profiles will include age, race and prevalence of illnesses such as diabetes and respiratory problems. Poverty, heat-island impacts, distance to the coast and green space will also be measured.

DOH is collaborating with Brown University and state agencies to host seminars with long-term-care and senior-housing facilities to help prepare them for heat impacts and power outages. This collaboration will conduct energy-resilience audits and develop emergency-preparedness plans. One goal is emphasizing the shelter-in-place response, as moving the elderly during weather events can often cause greater health problems.

DOH’s Center for Emergency Preparedness and Response is developing a uniform heat response plan for other agencies and groups. The agency also is working with Brown University and the National Weather Service to expand emergency warning systems. This project will gather data about heat-related admissions at hospitals to look for trends.

Barely passing
Air pollution is already a problem. Most of Rhode Island receives an air-quality rating from the American Lung Association of a C or below. Air pollution impairs lung function, triggers heart attacks and strokes, and causes cancer.

Flooding causes more harm on the elderly, young, low-income groups and the disabled, groups that are likely to live in floodplains. DOH and the state Emergency Management Agency have responded by creating a registry of the disabled, the chronically ill and others who may require help from first-responders during emergencies.

Mentally tough
Mental health is an emerging topic in climate-change planning. Heat is suspected of contributing to mental-health disorders, especially people with preexisting conditions. In fact, heat waves triple the risk of death for those with mental-health issues. Extreme weather and flooding lead to property loss, social disruption and displacement. They produce a string of chronic health issues such as depression, long-term anxiety, substance abuse and post-traumatic stress disorder. Suicide and increased aggression in children also increase.

Bob Doppelt, of the University of Oregon and The Resource Innovation Group, spoke in Providence last year about mental health and climate change.

“Emergency response and mental-health response systems are never going to be robust enough to deal with these issues alone,” he said. “So prevention has got to be the key. We have to focus on prevention. We are not very good at that in the U.S. It’s not just Rhode Island, it’s any state.”

These Rhode Island and Massachusetts climate-change reports share many conclusions. Sea levels here are rising faster than the global average. Low elevations permit storm surges and flooding to move further inland. Winters are shorter and wetter. At least one drought per summer is expected. Although relatively brief, these annual droughts cause water shortages, crop damage and impacts to drinking water. However, both states have yet to address catastrophic impacts such as displacement and conflict.

Most residents of southern New England know by now that things are going to get hotter, wetter and, at times, drier. Lots of planning is taking place. But it’s not clear if it will be in time or strong enough for the next natural disaster, especially if the most vulnerable populations are threatened. 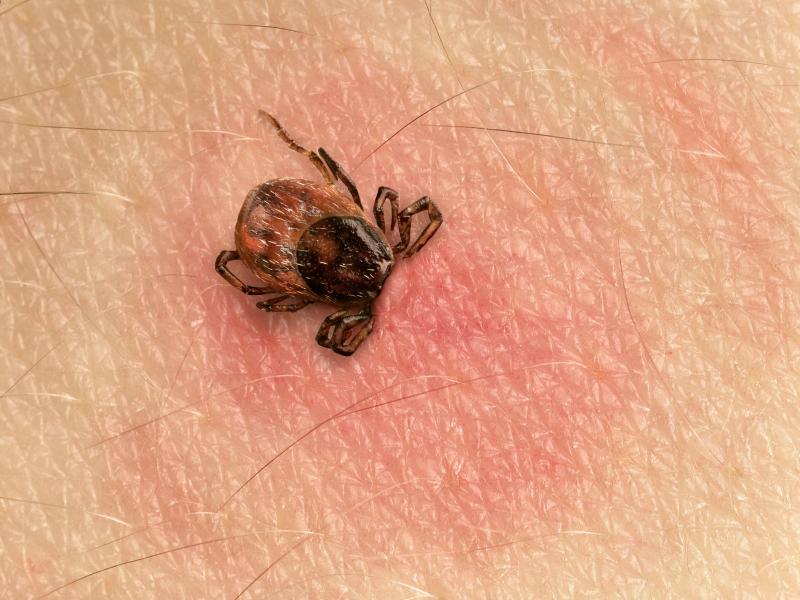 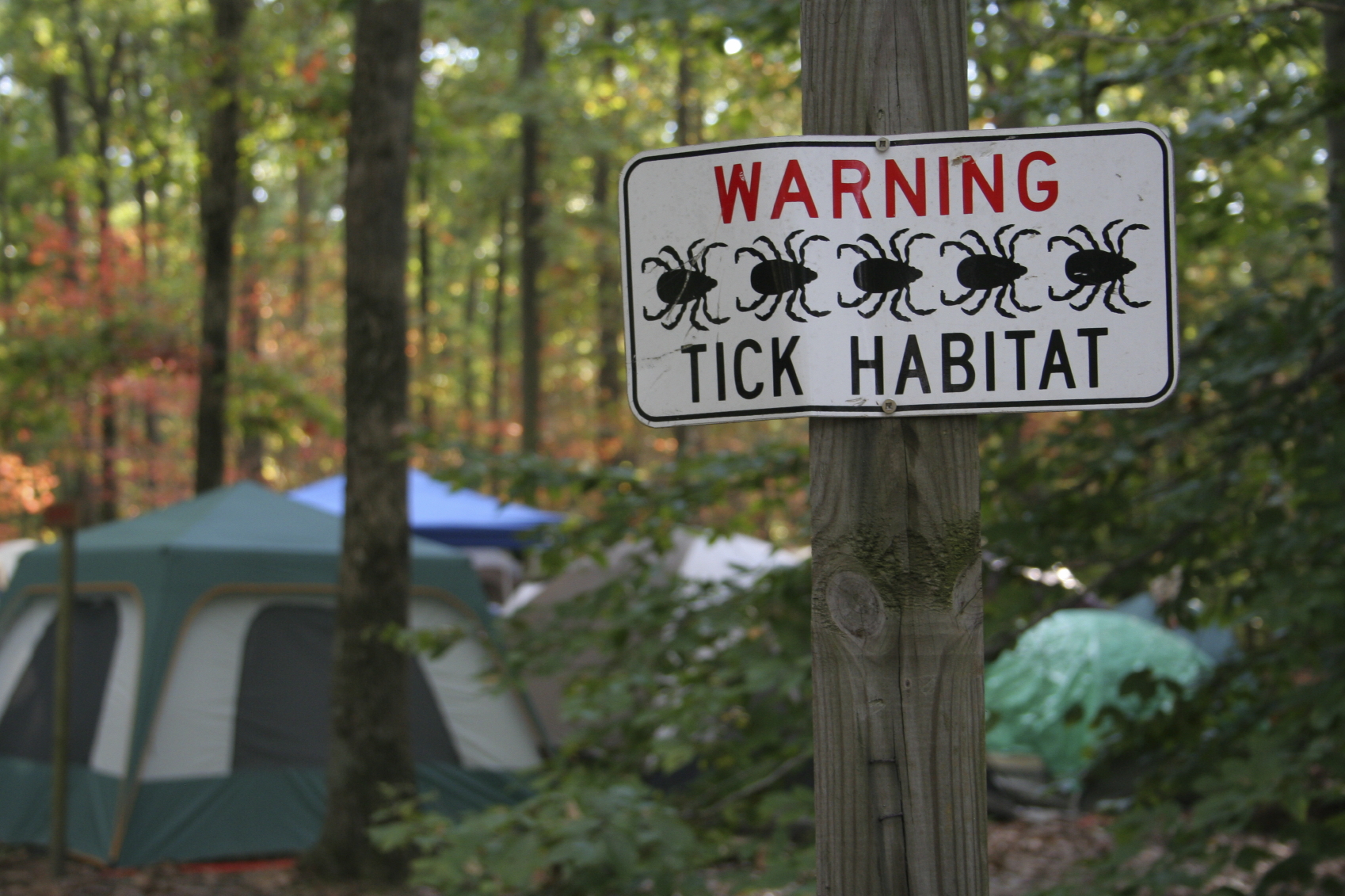 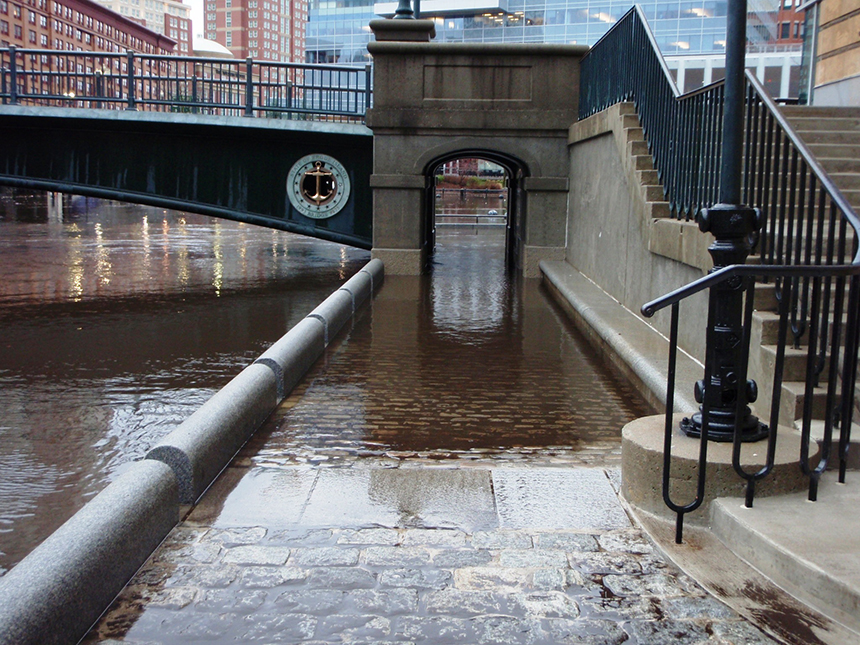