The Kennedy Plaza Resilience Coalition says it is concerned RIPTA bus riders will be left out of the discussion when it comes to building a new transit hub. (Frank Carini/ecoRI News)

The proposal to move buses out of Kennedy Plaza in Providence, costing close to $30 million or more in taxpayer money, has sparked concerns among the people it’s supposed to serve.

Bus riders are stepping up because we cannot accept this sort of expensive project unless it is actually worthwhile — it can’t be just a waste. We remember the much-hyped renovation of Kennedy Plaza in 2014-15, which ended up shutting the plaza down for most of a year for results that were only a mixed bag.

So scrutiny is needed on the current proposal, which is to construct an entirely new main bus hub on Dorrance Street so that buses can be moved out of Kennedy Plaza. But support for Dorrance seems to be exaggerated.

After Rhode Island Public Transit Authority hearings in February and March, officials claimed the hearings showed “broad-based public support” for Dorrance Street. But the actual public response at these hearings included a large share of doubts and outright criticism, and news reports at the time showed that.

Since this project is funded with money that voters approved specifically for bus transit, we believe it must not worsen bus transit in Rhode Island. But at present, the only thing we can be 100% certain of is that a few politically connected downtown Providence real estate owners, who backed earlier ill-conceived plans to push buses out of Kennedy Plaza, will benefit from this project at public expense.

Officials publicly said they wanted to earn back trust after pushing various harmful proposals in the past on Kennedy Plaza. And so, we were told after the hearings that there would be a council of riders so that riders’ voices are heard throughout the process. That hasn’t happened yet.
How can Rhode Island make sure that this project’s big price tag — much of it borrowed at taxpayer expense — won’t be wasted? It’s best to listen to actual bus riders; they are the people who care most about keeping it from being a waste, because they are the ones who will be hurt if it ends up a net loss for transit.

Riders are working people and seniors; many are people of color, some have disabilities, some are students. Let’s not follow the old racist pattern where those who need buses lose out while only a few benefit. If this project gets built without first making sure that it earns the support of less-privileged bus riders, then once again, taxpayer money is likely to go down the drain, and the vulnerable in society will be left to pay the price. Respecting equity makes our state better.

This time, the financial stakes are much higher for Rhode Island than in past Kennedy Plaza projects that went bad. And damaging the public transit system would be especially dangerous at a time of increasing climate change. Genuine investment in public transit is needed. Certainly some version of a Dorrance Street hub could be worthwhile, but if riders don’t get a full say on the finished design, it’s not likely to end well.

We have started a campaign, “No HI-COST” (No Hub Ignoring Concerns of State’s Transit) users. This means, first, that there should be an ongoing process of consulting with a council of riders about plans to move the state’s bus hub, including specifically after the proposed Dorrance Street hub is 100% designed but before a construction contract is issued for it. So far, this council still hasn’t been set up despite promises. The council should be made up of low- and middle-income people who actually ride the bus, not just people who have the option to drive, and the set of people on the council must be acceptable to rider groups that have expressed concerns.

We believe that if the Dorrance project, when it is fully designed, turns out to be unacceptable to this rider council and to riders in general, the best course would be to keep the state’s bus hub in its central Kennedy Plaza location and make genuine improvements there for everyone.

The Kennedy Plaza Resilience Coalition was formed in January 2021 to bring the diverse stakeholder groups representing the users of Kennedy Plaza together as significant changes to the public space are proposed. The coalition’s members are the South Providence Neighborhood Association, Direct Action for Rights and Equality, Gather Together United As 1, the George Wiley Center, Oasis Wellness & Recovery Center of Rhode Island, the People’s Port Authority, the Providence Racial & Environmental Justice Committee, the Rhode Island Organizing Project, and Rhode Island Transit Riders. 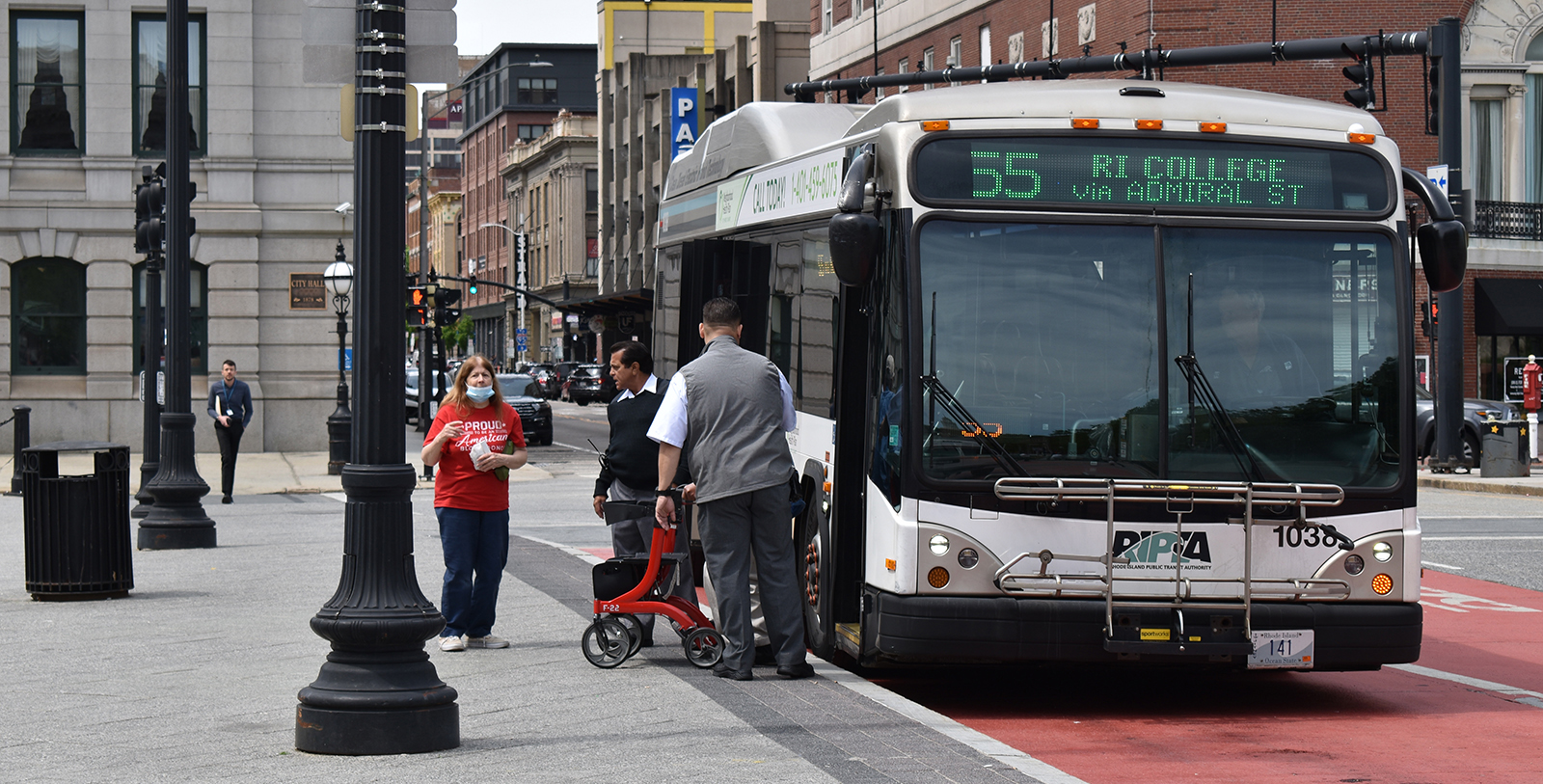