The Ocean State’s warming waters are causing a biomass metamorphosis that is transforming the state’s commercial and recreational fishing industries. Winter flounder have all but disappeared, and lobsters are following them out. (Frank Carini/ecoRI News)

For generations, winter flounder was one of the most important fish in Rhode Island waters. Longtime recreational fisherman Rich Hittinger recalled taking his kids fishing in the 1980s, dropping anchor, letting their lines sink to the bottom, waiting about half an hour and then filling their fishing cooler with the oval-shaped, right-eyed flatfish.

Now, four decades later, once-abundant winter flounder is difficult to find. The harvesting or possession of the fish is prohibited in much of Narragansett Bay and in Point Judith and Potter ponds. Anglers must return the ones they accidentally catch to the sea.

Overfishing is easily blamed, and the industry certainly bears responsibility, as does consumer demand. But winter flounder’s local extinction isn’t simply the result of overfishing. Sure, it played a factor, but the reasons are complicated, from habitat loss, pollution and energy production — i.e., the former Brayton Point Power Station in Somerset, Mass., pre-cooling towers, when the since-shuttered facility took in about a billion gallons of water daily from Mount Hope Bay and discharged it at more than 90 degrees Fahrenheit.

The climate crisis, however, is likely playing the biggest role, at least at the moment, by shifting currents, creating less oxygenated waters and warming southern New England’s coastal waters. These impacts, which started decades ago, have and are transforming life in the Ocean State’s marine waters. The changes also impact ecosystem functioning and services. There’s no end in sight, as the type of fish and their abundance will continue to turn over as waters warm.

Rhode Island’s warming water temperatures are causing a biomass metamorphosis that is transforming the state’s commercial and recreational fishing industries, for both better and worse. The average water temperature in Narragansett Bay has increased by about 4 degrees Fahrenheit since the 1960s, according to data kept by the University of Rhode Island’s Graduate School of Oceanography.

Locally, iconic species are disappearing (winter flounder, cod and lobsters), southerly species are appearing more frequently (spot and ocean sunfish) and more unwanted guests are arriving (jellyfish that have an appetite for fish larvae and, in the summer, lionfish, a venomous and fast-reproducing fish with a voracious appetite).

Dave Monti, a charter boat captain for the past two decades, has been fishing in Rhode Island and Massachusetts waters for 45 years. He’s seen a lot of change in a fairly limited amount of time.

He said the type of fish in Rhode Island’s marine waters today is much different than a decade ago. He pointed to the impact of a changing climate. Warm-water fish such as black sea bass, summer flounder and scup are here in abundance, according to Monti. These species are now an integral part of his charter business.

“It would have been unheard of 10 years ago to say black sea bass would be so abundant in our waters, and that it would be a big part of my charter business,” Monti said.

This transfer of fish along the Atlantic Coast is having an impact on commercial fisheries, most notably regarding the issue of assigning stock allocations.

He said the laws that govern commercial fishing need to keep up with the impacts of the climate crisis. He also noted that as warming waters change the type and abundance of fish in different regions, commercial fishermen have to retool their boats and gear and learn how to catch the species new to their waters.

Hittinger, first vice president of the Rhode Island Saltwater Anglers Association, attributes the species changes he has witnessed in local waters, at least in part, to rising water temperatures.

When the Warwick resident started fishing regularly more than four decades ago, Hittinger said he caught cod and pollack off Block Island and winter flounder in all of the state’s bays. He noted that most of these fish are largely gone, replaced by warm-water species.

Speaking as a recreational angler, Hittinger said the changing of the species found in Rhode Island’s salt waters isn’t necessarily his concern. His concern lies with regulation that is slow to change with the times. He used black sea bass as an example, noting that Rhode Island’s recreational fishing restrictions on the species, implemented by the Mid-Atlantic Fishery Management Council, were set 20 years ago. Now, he said, there are a lot more of them.

Black sea bass caught in Rhode Island waters must be at least 15 inches in length and the limit is three or seven per angler per day depending on the season. Hittinger noted that in New Jersey, where the fish is becoming slightly less plentiful, keepers must be at least 12.5-13 inches and the daily allowance is higher.

Stephen Hale, a longtime marine ecologist at the Environmental Protection Agency’s Atlantic Coastal Environmental Sciences Division Laboratory in Narragansett, said marine animals are shifting northward along the Atlantic Coast in response to the changing climate. He said the movement of a new species into an area can cause ecosystem disruption and that the depletion of key species from an area can lead to economic and social changes.

Hale noted that if your preferred habitat was warming to a level you found intolerable, you would basically have three choices: adapt (install an air conditioner, for example); move to a cooler locale (say Maine); or stay where you are and suffer the consequences (heat exhaustion, heat stroke, death).

He said many of the planet’s other species can only exercise the second option, while others are stuck with the third.

Along the East Coast numerous marine species, including bottom-dwelling invertebrates such as clams, snails, crustaceans and polychaete worms, have shifted their ranges poleward in response to rising water temperatures caused by the global climate crisis. Cold-water species such as cod, winter flounder and American lobster are moving to cooler locales.

Hale said species are trying to maintain their preferred thermal niche by moving poleward or into deeper water.

The Saunderstown resident, who retired from the EPA in 2018 after 23 years at the Narragansett lab, co-authored a 2017 study that covered two biogeographic provinces along the Atlantic Coast: Virginian, Cape Hatteras, N.C., to Cape Cod; and Carolinian, mid-Florida to Cape Hatteras.

The authors found that bottom water temperature increased 2.9 degrees Fahrenheit from 1990 to 2010. They also noted that the center of distribution of 22 out of 30 species studied shifted north in response to increasing water temperatures. Seven species shifted south, but moved just one-third the distance of the northward-movers.

“Fishermen are adaptive,” said Monti, a strong supporter of renewable energy development to address the climate crisis. “Every day is different with tides, currents, wind and bait. Warming waters and climate change are just additional factors. Regions are losing and gaining fish. It’s not going to end.” 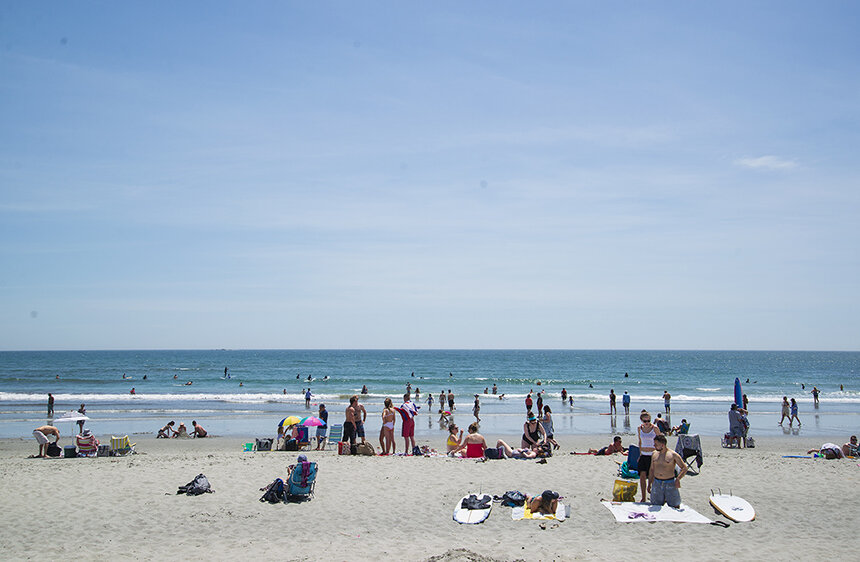 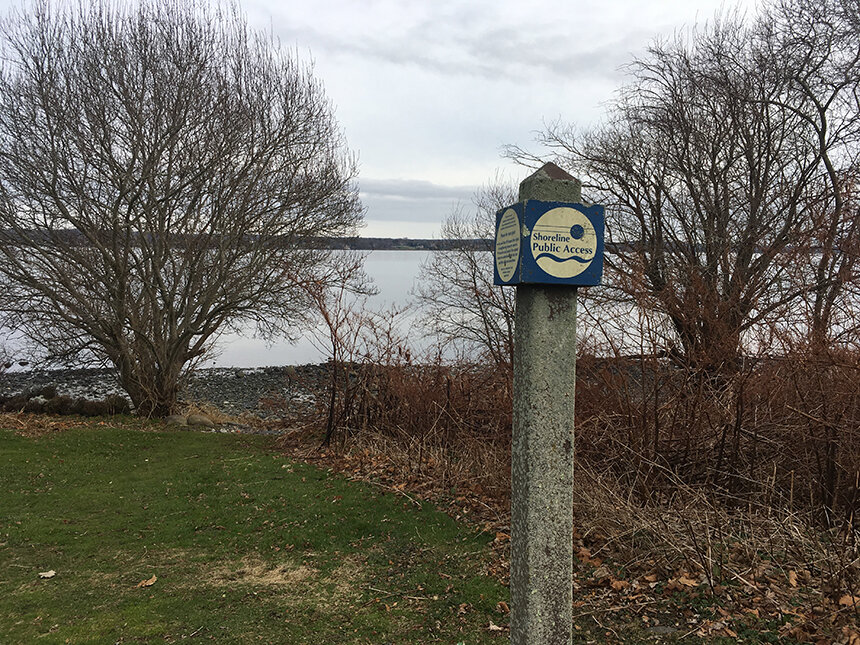 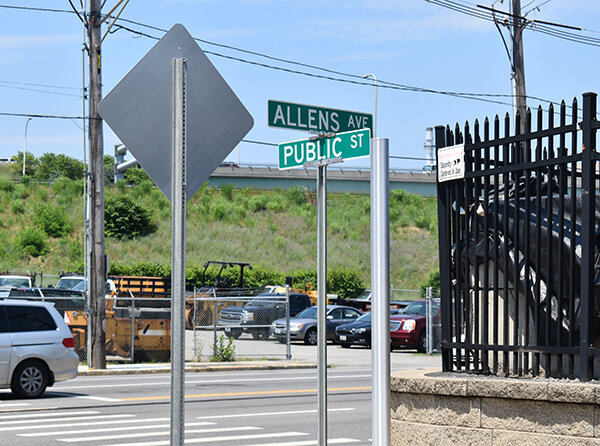