Can greenhouse gas emissions be curbed in time to mitigate global warming?

Phasing out incandescent light bulbs and cutting emissions from weed wackers are challenging enough. The much bigger obstacles to addressing the climate crisis require convincing the global fossil-fuel industry and all of the pipelines, power plants, and industries it feeds to cease burning oil, gas, and coal.

It also means transforming the transportation system so that every airplane, car, and truck stops emitting carbon dioxide in time to avoid runaway global warming and all of its consequences.

The goals are well established: reduce man-made climate emissions 50 percent by 2030 and eliminate them by 2050. If achieved, global warming will be kept below 2 degrees Celsius, and the destructive spiral of environmental devastation and public-health problems will be minimized. There will still be more destructive storms and droughts. Flooding and heatwaves will persist. Disease will spread. Populations will be displaced.

But according to the U.N.’s Intergovernmental Panel on Climate Change (IPCC), the endless feedback loop of destruction can be averted if human-created greenhouse-gas emissions are lowered or neutralized during the next three decades.

But the struggles to regulate polluting and inefficient products such as weed wackers and incandescent light bulbs reveal the challenges of mitigating the impacts of the climate crisis. There are much larger forces polluting the planet, but even seemingly small ones are slow to change, as demonstrated by the 13-year effort to eliminate energy-wasting bulbs.

The fossil-fuel industry, with 1.3 million wells, compressor stations, and processors in the United States alone, shows no signs of relenting. There are some 550,000 hydraulic fracturing (fracking) wells across the country. A single natural-gas well can produce for up to 40 years. New onshore gas and oil drilling is expected to continue across the globe until at least 2040. The public-health threats of this ongoing expansion are real.

According to the U.S. Department of Energy, 364 new natural-gas-fired power plants, which can run for 30 years or more, will be built by 2022. More than 40 LNG export facilities are planned or under construction. Some 20 new ethylene facilities that convert natural gas into feedstock for plastics are planned. Plastics production is expected to grow 40 percent in the next decade. Natural gas and LNG storage capacity is being expanded in Rhode Island and across the globe.

“The fossil fuel infrastructure that is currently planned and under construction will have an effective lifespan far longer than the point when experts agree that the world must shed all fossil fuels, meaning that these stranded assets will be wasted economic investments,” according to Food & Water Watch’s June report.

The glut of domestic oil and gas has prompted fossil-fuel corporations to vent and flare oil and gas with abandon.

“Regulators approve permits that allow drillers to flare for months at a time,” according to an Aug. 13 story by OilPrice.com. “When the permits near expiration, they are extended. In some cases, companies receive permanent waivers, allowing the practice to continue indefinitely.”

That’s just in the United States. Fossil fuels provide 80 percent of the world’s energy. Countries such as Canada, Argentina, and Russia are ramping up drilling and new fossil-fuel infrastructure such as pipelines to meet long-term energy needs in countries like India.

Eroding protections
Even if new regulations are enacted, who is to say they will be followed? There is a historic lack of oversight and enforcement of an industry with a terrible record of pollution and corruption. Regulations put in place after the Deepwater Horizon disaster in 2010 are being eroded by the Trump administration, as are standards limiting methane leaks from fracking.

Then there is the transportation sector. Electric vehicle (EV) sales are inching along, well below expectations. They only account for 2.3 percent of global vehicle sales, according to EV Sales. Trump wants to eliminate EV subsidies, while emissions standards have been rolled back for gas-powered cars and trucks.

There are other reasons to be pessimistic about curbing climate emissions. The continued degradation of forests in Brazil, Africa, and Alaska and to other carbon sinks such as tundra, glaciers, and icecaps are releasing untold amounts of carbon dioxide and methane.

For decades, the fossil-fuel industry has wielded its influence, discrediting science, halting legislation, and swaying public sentiment against addressing the climate crisis. ExxonMobil, Royal Dutch Shell, Chevron, BP, and Total have spent more than $1 billion combined on lobbying and climate misinformation since the Paris Agreement was reached, according to a report published in March.

Multinationals such as ExxonMobil and Shell, local utilities like National Grid, and gas station owners have major influence in politics and on climate legislation at all levels of government, including in Rhode island.

In Washington, D.C., Trump and his administration promulgate the climate crisis as a conspiracy theory. Energy Secretary Rick Perry has said, “My job is to sell a lot of [LNG] around the world.” He has called opposition to fossil fuels “immoral.”

University of Rhode Island physics professor and climate activist Peter Nightingale sees a bleak future. He called the inaction since last year, when the United Nations issued its annual emissions assessment warned that drastic emissions reduction must commence by 2030, “foreboding.”

“A year has gone by and business as usual continues,” Nightingale said. “The federal government still spreads lies, and at the state level, Rhode Island and Massachusetts are still handing out greenhouse-gas pollution permits based on antiquated science.”

Even if Rhode Island and other states curb emissions through a dramatic switch to renewable energy and electric vehicles, there is nothing to address the fact that about half of the goods consumed in the United States are manufactured internationally. New research argues that household consumption — food, clothing, vehicle ownership, and domestic and international travel — is a significant source of greenhouse gases that is largely overlooked.

“We lack even the most rudimentary system of accounting for greenhouse-gas emissions,” Nightingale said.

Market-based solutions such as a cap-and-trade program or a carbon tax will take half a century or longer to transform the energy system, according to Nightingale.

Unless there is an immediate government-led initiative on the scale of the Manhattan Project during World War II, the climate crisis will not be stopped, he said.

“For all these reasons it’s hard to see how we can possibly reach the goals of the IPCC,” Nightingale said.

Change is coming
The IPCC’s 2018 assessment suggests that the global temperature is on track for a 3.2-degree Celsius increase by 2100.

While federal action on the climate crisis stagnates, there are some signs of progress. Many cities, states, and companies have committed to carbon neutrality by 2050.

“But the truth is, we need so much more,” according the IPCC. “More individuals need to demand stronger action from their governments. More cities need to lead the way with innovative emissions-reducing policies. More countries need to make their climate pledges more ambitious.”

Michael Lazarus, a senior scientist with the Stockholm Environment Institute, sees progress. Major institutions and businesses are adopting efforts to mitigate global warming. Fifteen countries, including Germany and Spain, have promised to phase out coal energy. The United States and Canada have banned drilling in the Arctic. Both countries, however, need to end subsidies and incentives that support the fossil-fuel industry, he said.

“There’s change in the air on this, even though the headlines don’t make it sound like it,” Lazarus said.

With the right political leadership, he added, fossil-fuel subsidies can end and new policies and regulations can take hold and quickly turn the momentum.

“It’s quite conceivable that we could hit some ambitions targets,” he said, noting that emission targets, although fallible, are still important. “Look at it another way: If we don’t have the targets, we will never meet them.”

A fee on carbon, Lazarus said, is probably the most powerful but one of most difficult climate tools to enact. Lazarus, who works in Seattle, noted that voters in Washington have twice defeated referendums for a statewide carbon tax.

“It’s a difficult fit politically,” he said. But “there is a whole lot you can do through regularity approaches.”

Sen. Sheldon Whitehouse, D-R.I., a proponent of government-led market-based programs, sees rapid results from imposing a fee on fossil-fuel sales, known as a carbon tax. He said a carbon fee and dividend program would halve U.S. emissions in 10 years.

“If other nations followed suit, as the bill gives them a big incentive to do, the effects rapidly amplify,” Whitehouse said.

His bill, however, has yet to have a hearing. Nevertheless, the carbon-tax concept has support from moderate Republicans, most of whom are out of power.

Under Whitehouse’s plan, a fee that increases annually on fossil fuels and large emitters of carbon dioxide and other greenhouse gases would cause the market to switch to lower-cost renewable fuels, enough so that it would lower emissions to meet IPCC goals. The fee is paid back to households through a tax credit to defray higher energy bills.

States with Democratic majorities, such as those in the Northeast, haven’t come close to enacting a carbon tax. After stalling for two years, Rhode Island secured money this year to study the concept. Public response to a carbon fee in Washington and France serve as a reminder that new taxes are hard to enact.

H. Curtis Spalding, a teaching fellow at the Brown University Institute for Environment & Society, said it’s difficult for government and society as a whole to solve any problem that needs to be fixed in 10 years.

“It’s hard to see what isn’t there today,” he said.

As the former executive director of Providence-based Save The Bay, Spalding said it was impossible to predict that the air and water quality in and around Narragansett Bay and in cities like Boston would improve from what it was 30 to 40 years ago.

But there is urgency. Major progress needs to happen on the climate crisis within the next five years, he said.

This progress may come from a combination of factors, such as the billions of dollars being invested in so-called “clean technology” and renewable energy research; a revolution in transportation, one of the largest emitters of climate emissions; or a new crop of younger, progressive-minded leaders who usher the Baby Boomers from positions of power.

“People are ready for big change,” Spalding said. “The possibilities are out there, but we have to have a sea change in social behavior.” 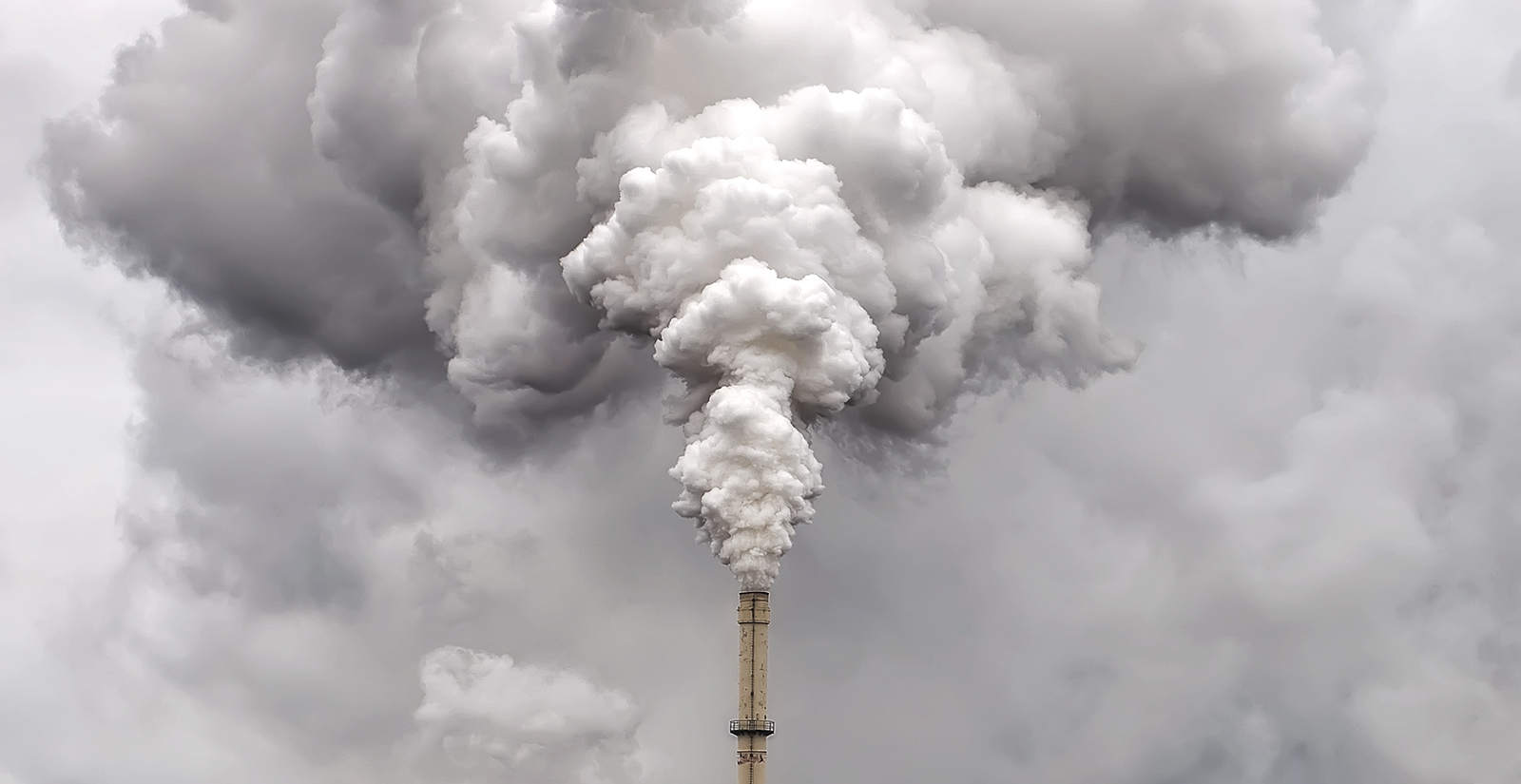 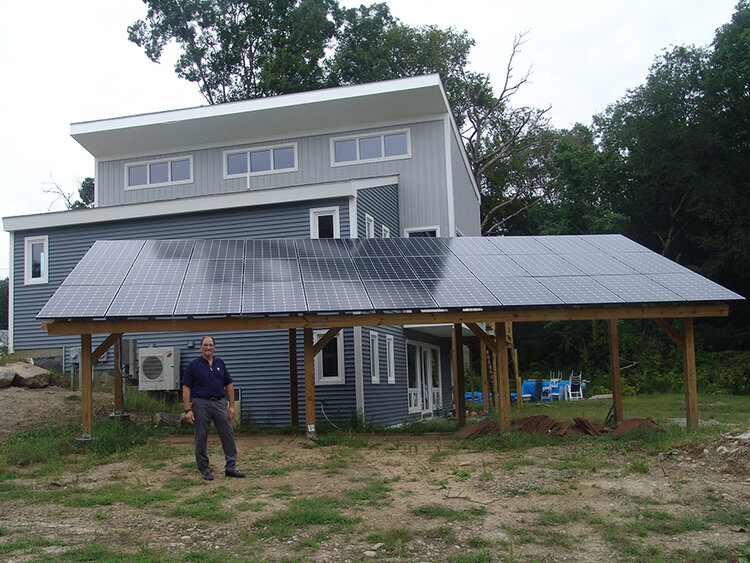 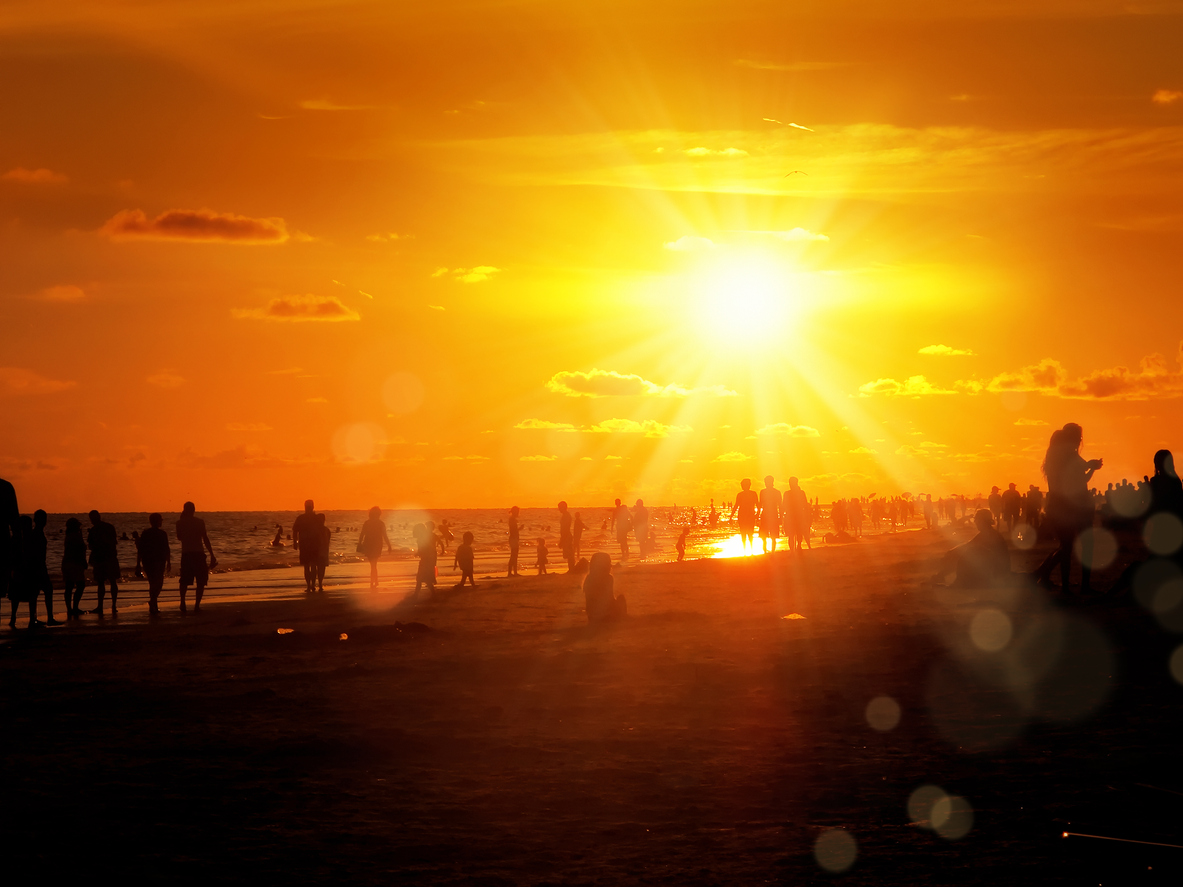