JOHNSTON, R.I. — They spent the over-the-top groundbreaking ceremony fawning all over each other, as if they were announcing that Rhode Island’s public schools would all be adequately funded, childhood hunger had been eliminated, and every Rhode Islander had a place to live.

Sen. Sheldon Whitehouse said, “You gotta love Joe.” Rep. David Cicilline lauded Raimondo as a “tremendous governor” and hailed the mayor as a “force of nature.” Rep. Jim Langevin applauded Raimondo’s leadership and praised her for her “laser focus on economic development.”

Van Saun introduced Whitehouse as a leader in environmental protections and called him a renewable energy advocate. He praised the governor “for putting together a great team” to “help this project move forward.” He also thanked Raimondo for her efforts to keep Citizens Bank here — even though Van Saun himself said earlier this year that the longtime Rhode Island-based bank had no intention of leaving the state.

The recent event to praise the building of a 420,000-square-foot corporate banking campus on a 123-acre parcel was held under a big, white tent. Dignitaries and guests were welcomed under the big top on a carpet of artificial grass.

Marc Paulhus, Citizens Bank Rhode Island president, opened the choreographed speaking portion of the groundbreaking ceremony by saying the March announcement of the project was an “understatement of what we see today.”

The Aug. 31 view included more than a dozen pieces of heavy equipment, hills of dirt, construction barrels and cones, secret service agents, and Citizens Bank employees outfitted in matching green T-shirts. Missing from the picture was the forest that once stood where white folding chairs rested. Some of those chairs only served as seats for plastic water bottles. (Before big corporations discovered they could sell something they couldn’t make, grow, harvest or raise, how did groundbreaking dignitaries and guests avoid dehydration? Was a circus hose attached to the nearest fire hydrant?)

“It’s great to see so much green,” Van Saun proclaimed. He was referring to the T-shirts he made his employees wear and the green ties, shirts, and blouses proudly worn by the gushed-over. The CEO should have given the politicians and bureaucrats matching green bibs to catch all their slobbering.

First, state and local officials, from the early 1950s to circa 1963, allowed an illegal landfill — since dubbed “Tuckers Industrial Dump” — to make money accepting unregulated industrial, commercial and residential waste. Then, generations of state and local officials did nothing to address the contaminated 4-acre parcel within the Woonasquatucket River watershed.

Finally, more than five decades later, the illegal landfill — now a recovering forest — and some 50 other acres of woods are clear-cut. Local banking executives, politicians, and bureaucrats then act as if they have devised an economic development plan that should be modeled nationwide. Rhode Island, though, has sure embraced “Pollute. Ignore. Destroy. Repeat.” as its modus operandi.

It took five months from the time Van Saun and Raimondo held a joint press conference in March to announce plans to build the $200 million corporate campus — on the west side of Route 295 on Greenville Avenue in northern Johnston — to cut down the first tree. Good luck getting an addition to your home approved that quickly.

Prior to all the gushing, the donning of hard hats, and the shovelfuls of dirt, a Citizens Bank spokeswoman told ecoRI News that “protecting as much habitat as possible was important.” She said the goal was to leave as many trees as possible.

The corporate campus will feature 2,408 parking spots, including a 1,255-space parking garage, a main building, a cafe/amenity building with two stores, and two office buildings with room for future expansion. The road leading to the office park will be called “Citizens Bank Way.”

Citizens Bank submitted a wetlands application to the Department of Environmental Management. It was made public long after many of the trees were axed. No environmental impact study was done, according to the bank’s spokeswoman.

In an Aug. 31 e-mail, ecoRI News asked if those assessments had been completed. Her response: “Assessment still underway but when it’s done the report will be available.”

It will be a must read. In the meantime, acres of forest have already been leveled, and the Department of Transportation — i.e., taxpayers — is on the hook for $3 million, to pay half the cost of building Route 295 on and off ramps to and from the corporate banking campus. The Narragansett Bay Commission is extending sewer lines to the area. Citizens Bank isn’t paying for it.

Before giving way to Van Saun, Paulhus recited a long list of nonprofits Citizens Bank has supported. All great organizations for sure, but none with an environmental focus.

In fact, the environment was barely mentioned during the Van Saun/Raimondo press conference in March or during the recent gaga groundbreaking. The senator introduced as some environmental champion never mentioned the felled forest or destroyed habitat on which he stood. He likes to lecture his Senate colleagues about the dangers of climate change, but his actions often don’t align with his fiery speeches. He supports clearing more Rhode Island forest, this time in Burrillville, to make room for a fossil-fuel power plant, and gushes about the greatness it takes to build a parking lot where there was once woods.

True leadership would have redeveloped a vacant site that already had plenty of pavement and access to infrastructure. Rhode Island has lots of those sites. In about 20 years, it will have another.

Van Saun, though, said the environment was a top priority. He never mentioned if that meant protecting it or destroying it. The CEO bragged about cleaning up the illegal landfill, saying the soil is healthy now. He forgot to mention much of it will soon be covered by concrete and asphalt. He also didn’t explain why it took the development of 50 other acres to remediate the 4-acre dump.

“The property is being designed to preserve more than 60 acres of trees and wetlands to pay homage to the natural environment of the area,” according to a Citizens Bank press release. “As part of the project, Citizens has remediated the decades old landfill that was on the property, and plans to integrate wildlife paths for habitat circulation. The bank has also incorporated into the design an extensive storm water system for protection of wetlands and sensitive areas, as well as rainwater harvesting for irrigation of the landscape.”

Gotta love jargon. “Plans to integrate wildlife paths for habitat circulation.” Not sure what that actually means, but it sounds great. Yogi Bear and Boo Boo will appreciate the better circulation. The development also will incorporate “environmentally friendly best practices,” according to Van Saun. Not cutting the forest down didn’t make the list.

Following the event, ecoRI News asked the spokeswoman three questions: How many trees were cut down for the project? How much material and what kind was removed from the landfill that was once there? Where was this material taken?

She answered them in a Sept. 2 e-mail:

“We have left more than 60 acres of woodlands and wetlands of the total 123 acres untouched to maintain as much of the natural environment as possible.”

“As part of the project, Citizens has remediated the decades old landfill that was on the property. The landfill consisted of 40,000-50,000 yards of household material.”

“Any metals, rubber and plastics were extracted and recycled. Ash went to a landfill in Johnston.”

She went on to copy and paste, “Our colleagues are proud that the environment has been an important consideration in the planning of this project. Some of the additional environmental efforts have included: Plans for protection of wildlife and integration of wildlife paths in proposed design for habitat circulation. Extensive storm water system for protection of wetlands and sensitive areas and rainwater harvesting for irrigation of landscape.”

Bullshit wasn’t just spread on the environment. Van Saun said his “employees will frequent local businesses and increase local economic activity.” He failed to note the opposite will happen in Cranston, from where the corporate campus is moving.

Reed said it was a special day because the project would provide long-term employment. The 3,200 people who will be working at the new Johnston campus are just being relocated from Cranston.

“The fact that Citizens Bank chose our town for its new campus further proves that Johnston is a community on the cutting edge of economic development,” Mayor Polisena is quoted in the Citizens Bank press release.

Someone please tell Polisena that a parking garage, a cluster of buildings, more parking, and circulating habitat don’t qualify as cutting-edge economic development. The first office park was built in the United States in 1955, in Alabama. It reportedly featured the “then novel concepts of ample free parking and low-profile office buildings surrounded by waterspouts and landscaped grounds.” Sound familiar?

Citizens Bank provides good jobs for good people. The employees wearing green T-shirts waving in visitors were friendly and courteous. There’s no doubt many of them care deeply about environmental protections.

Instead, taxpayers, environmentalists, residents, and journalists are fed a steady diet of livestock waste. Their concerns and questions not worthy of discussion. They just get in the way of feeding egos, collecting campaign donations, and lining up favors.

Mayor Polisena was quick to dismiss Greenville Avenue residents who said they felt “blindsided” by the project’s swift progress, telling the Providence Journal that it was only “five to 10 people” who were concerned.

“They are not even going to know this place is here quite frankly,” he told the newspaper. “It will have minimal impact.”

ecoRI News tried to interview Polisena about the project’s environmental impact, but he ignored several requests.

The tax deal Polisena signed with Citizens Bank — a 20-year agreement that calls for Citizens to pay $250,000 annually — was made public long after the ink dried and the bulldozers started.

The Citizens Financial Group’s 2015 annual report noted that the company had $138.2 billion in total assets and $840 million in net income. Its stock price was $24.30 per share at the end of trading on Sept. 6.

Van Saun proudly noted at the groundbreaking that the mayor “was with us every step of the way.” Was that Polisena’s way of negotiating the best deal for his town’s taxpayers? The “great steward of public money” did get the 13th-largest bank in the United States to make the office park’s ball fields, tennis and basketball courts, and trails available to the local community.

Gov. Raimondo said Citizens Bank is an “exemplarily corporate citizen” and its “commitment to the community is outstanding.”

In August 2015, the Consumer Financial Protection and other federal regulators levied millions in fees against Citizens Bank for failing to credit customers’ accounts the full amount of their deposits. Regulators declared that, from 2008-2013 (Van Saun was not the CEO during that time), the bank’s actions resulted in customers being shorted millions of dollars.

In May 2008, the Citizens Financial Group failed to publicly announce that it was under investigation by the Securities and Exchange Commission for its involvement in the subprime mortgage crisis that devastated the U.S. housing market.

Citizens new corporate banking campus is scheduled to be completed by July 2018. There will be ample free parking.

Frank Carini is the editor of ecoRI News. 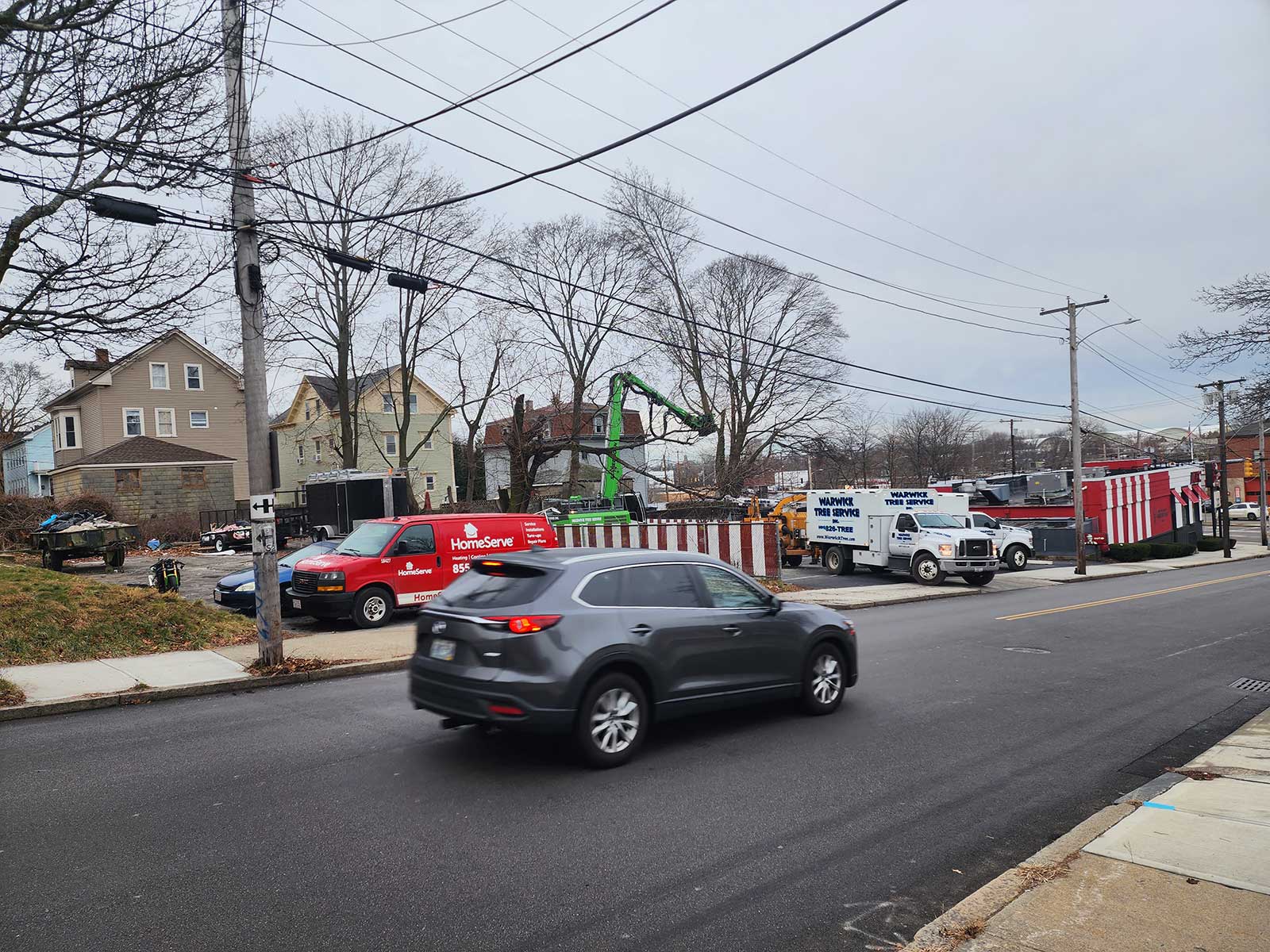 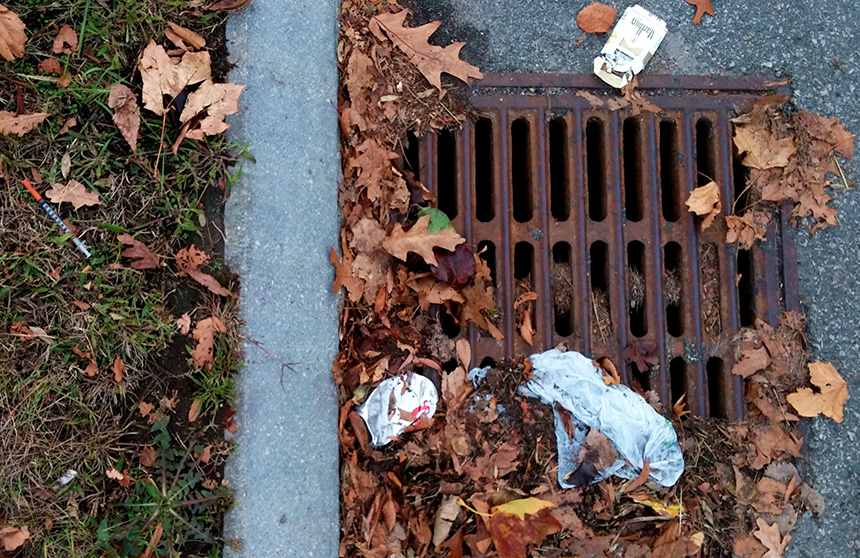 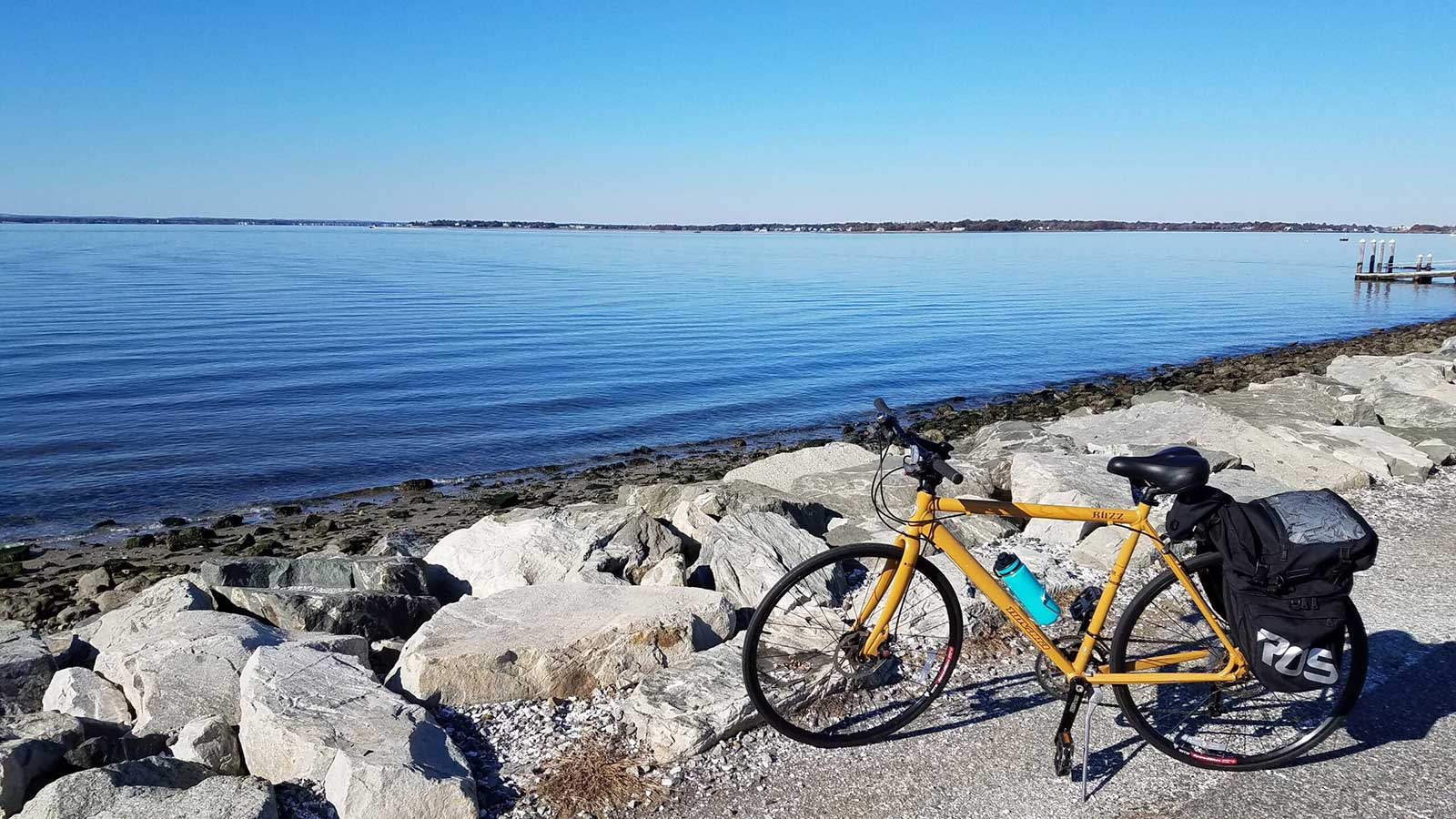