Bee Vigilant in Your Neighborhood This Spring

It’s springtime in southern New England. In addition to all those bright colors of daffodils and tulips in bloom and buds on the maple trees emerging in a natural pointillist canvas, there are those annoying harbingers of an increasingly toxic landscape: yellow and white flags sprouting up, warning of toxic chemicals applied to lawns, with their alluring promise of a greener future but the reality of a more silent spring.

The lawn may be “greener” in color, but at what cost to the families, children and pets playing on those lawns? What about the irreparable harm caused in the poisoning of bees and other pollinators and beneficial creatures?

The facts are surprising and chilling, according the national advocacy group Beyond Pesticides:

The National Academy of Sciences estimates 50 percent of lifetime pesticide exposure occurs during the first five years of life.

A study published in the Journal of the National Cancer Institute finds home and garden pesticide use can increase the risk of childhood leukemia by almost seven times.

Studies show low levels of exposure to lawn pesticides are linked to increased rates of miscarriage, and suppression of the nervous, endocrine and immune systems.

Exposure to home and garden pesticides can increase a child’s likelihood of developing asthma.

Children aged 6-11 have higher levels of lawn chemicals in their blood than all other age categories. Studies have found that pesticides pass from mother to child through umbilical cord blood and breast milk.

As with the difference between good taste and tasting good, a greener lawn isn’t necessarily a greener lifestyle; rather, it often serves as a sprinkler system for toxic chemicals.

As Pogo once warned us, we have met the enemy and he is us: Our desire for a greener lawn often leads to our own self-dosing with toxins. All change begins on the inside, as Dr. Martin Luther King said. Being greener begins with personal choices in the way we lead our lives, and treat our lawns.

As detailed in the three companion articles, there are many ways to have a healthy, greener lawn without resorting to toxic herbicides, pesticides and lawn treatments.

But, beyond taking that individual step forward, we need a way to celebrate and to share positive choices with friends, family and neighbors, and, in doing so, change the conversation and the practice.

One lawn at a time

Odds are, you or many of your neighbors are going to be susceptible to the lure of advertising, like the one in a recent circular from a popular Rhode Island discount store, which offers a well-known fertilizer product with a manufacturer’s rebate and a store gift card, in the urge to render lawns greener — and unwittingly more toxic.

In an effort to increase consumer awareness about the use of pesticides and lawn fertilizers, ecoRI News and ConvergenceRI, to celebrate Earth Day on April 22, are sponsoring a “Bee Vigilant” campaign. Post these green flags on your lawn, on a tree or in a window, to help bring attention to the continued overuse of lawn poisons.

This campaign doesn’t require legislative action; it doesn’t cost you any money; you don’t have to register online to post a comment; you can be a Republican, a Democrat, an Independent, a Moderate or even a Cool Moose.

The origins of the idea go back to July 2015, when Joanna Detz, co-founder of ecoRI News, and I were guests of Ted Nesi on WPRI’s “Executive Suite.” As we walked out of the studio after taping, we discussed ways in which our organizations might collaborate on a project: the idea of addressing pesticides on lawns was first mentioned.

What we hope the Bee Vigilant campaign does is create a new kind of engaged community in today’s very digital world. Neither ConvergenceRI nor ecoRI News can make any promises about what will happen if you plant one of these do-it-yourself flags in your lawn.

Will your lawn be healthier? We expect so. Toxic chemicals and fertilizers often degrade the soil, causing you and your lawn to be more dependent on more and more applications, according to organic lawn-care experts.

Will you enjoy your lawn more? We believe so.

Will you save money? Perhaps. Building your own compost pile is a lot cheaper than buying poison-laden fertilizers and pesticides. But investing in healthier, safer organic products to protect pollinators may cost a bit more upfront.

Will birds, bees, butterflies and beneficial insects thank you? Their renewed presence will speak volumes.

The numbers are scary and surprising. As a recent New York Times article reported, “The birds and the bees need help. Also, the butterflies, moths, wasps, beetles and bats.”

A recent report on the global assessment of the threats to pollinators warned that an increasing number of species are at risk of extinction, including 16 percent of vertebrates such as birds and bats, and at least 9 percent of bees and butterflies.

From a macroeconomic view, the global assessment talked about how pollinators, including some 20,000 species of wild bees, contribute to the growth of fruit, vegetables, nuts and flowering plants. It also noted that plants that depend on pollination make up some 35 percent of the global crop production volume, with a value estimated to be as much as $577 billion a year.

One of the noted bad actors in this drama is a class of insecticides known as neonicotinoids, or neonics for short. They are among the most widely used insecticides in the United States and worldwide. They are marketed by European chemical giants Syngenta and Bayer. Neonics are a potent class of systemic pesticides introduced to agriculture in the 1990s. Products that contain this insecticide include Knockout Ready-To-Use Grub Killer, Ortho Bug B Gon and All-In-One Rose & Flower Care, among others, according to Beyond Pesticides.

Neonicotinoids have been linked by some studies to the decline in bees. The Maryland Legislature recently enacted a law, awaiting the signature of the governor, to ban their use beginning in 2018. Maryland would be the first state to enact such a ban.

In Rhode Island, however, there has been pushback about enacting similar legislation. During a March 23 Senate Environment and Agricultural Committee hearing to discuss a bill that would ban or severely restrict the use of some neonicotinoids in Rhode Island, the continued use of the bug killer received endorsements from state officials, local farmers and scientists.

There is also still much that needs to be done, in terms of research and studies, to see, for example, the impact herbicide-resistant GMO crops — soy, cotton, rice, rapeseed (canola oil) and corn that dominate U.S. and global agricultural — are having on the environment.

Milkweed plants, which once thrived in North America, are in a precipitous decline, allegedly as a result of such agricultural practices. In return, the number of monarch butterflies, which lay their eggs on milkweed as they travel from their winter home in Mexico northward, have dwindled, so much so that some scientists are worried they could be extinct in 20 years, according to a recent article in Scientific Reports.

The problem, according to John Pleasants, an ecologist at Iowa State University, is that the United States has lost an estimated 1 billion milkweed plants since the 1990s, in large part because of herbicide spraying on cropland in the Midwest.

Efforts to reform global agricultural practices, independent research and the establish of “butterfly zones” are some long-term solutions worthy of investment.

In the meantime, Bee Vigilant offers a way for consumers to take action at the consumer level. The marketplace sometimes does listen to the voice of consumers; there’s a reason why the market for organic products grew 11 percent last year.

Editor’s note: ecoRI News and ConvergenceRI have partnered to create a positive consumer awareness campaign to educate the public about alternatives to toxic lawn chemicals and insecticides. 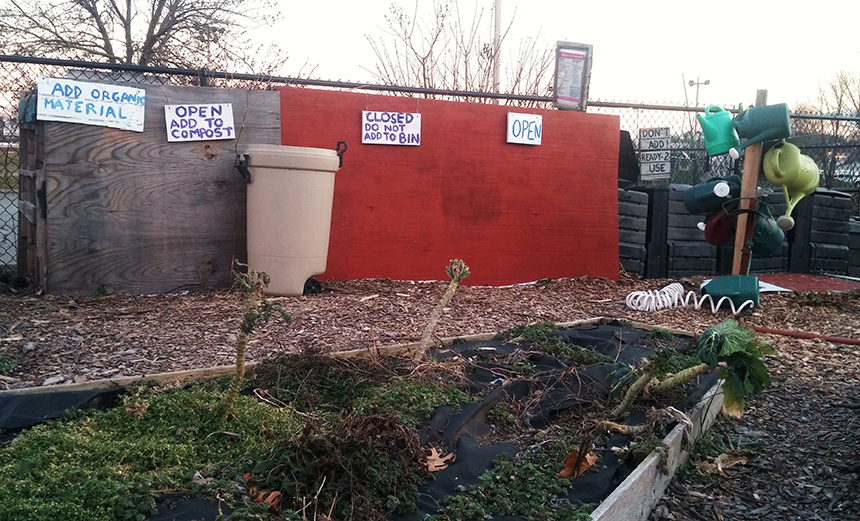 Waste Management Feed Your Lawn with Compost, Not Chemicals 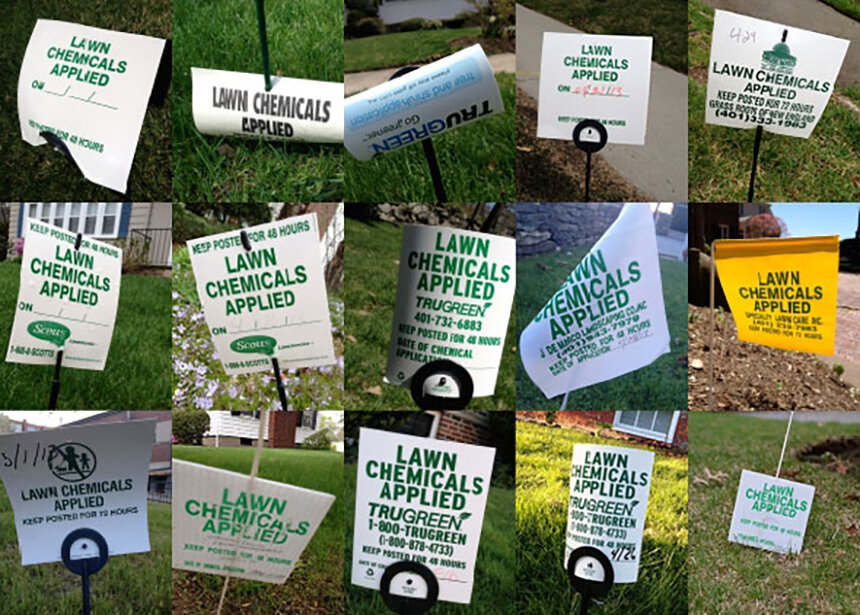 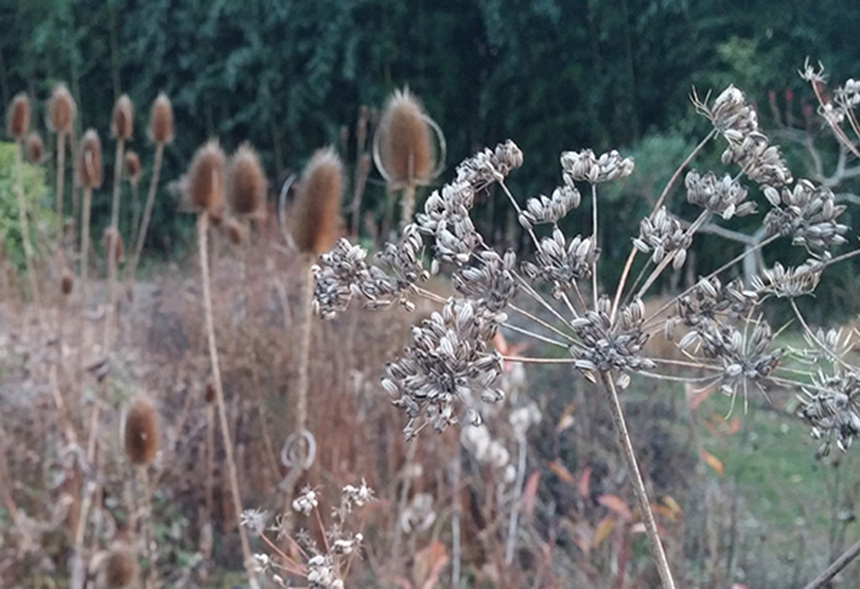